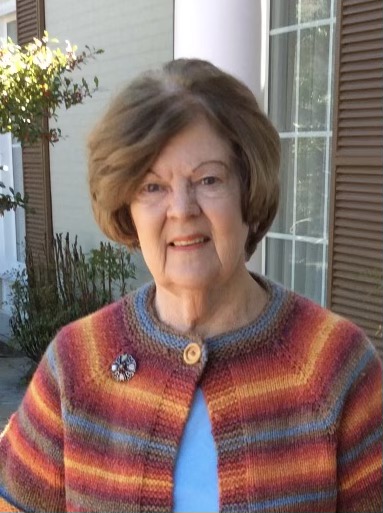 TRYON – After a full and eventful life Maureen Parkhill Zuschlag (neé Hopkins) passed away peacefully in her sleep at her home in Tryon, NC on February 3, 2021.  She was 11 days shy of her 83rd birthday.  She had ovarian cancer.

Maureen was born in Port Glasgow, Scotland in 1938, and came to the United States with her family in 1951.  From an early age she was sure of herself and sure of her place in the world, and she quickly adapted to life in Oak Lawn, Illinois. There she developed strong friendships that lasted her entire life.  But she never forgot her roots in Scotland, and would remain in close contact with her family there, most recently to visit her cousins in 2019.

At a Halloween party in 1958 she met the man who would become her husband.  Walter E. Zuschlag (who predeceases her) was a young Veterinarian just starting his practice.  As they would fondly recall, it was a whirlwind romance.  By Thanksgiving of that year they were engaged. By May they were married, and by the following March came the first of six children. Theirs was a very happy marriage, and between raising five boys and eventually one girl, they spent much of their time planting trees, planning family camping trips around the country, and frequent snorkeling trips to Grand Cayman Island.

In 1996 they left Palos Hills, IL for Tryon, NC where Maureen made many new friends and expanded her family circle with a growing number of grandchildren.  After the death of her husband in 2006, she travelled regularly with a close group of friends.  Maureen was very active in several local groups including the Red Fox Foxy Ladies, Questers, Tryon Fine Arts Center, The Tryon Arts & Crafts School, a knitting club, a book club, and a dinner club, as well as participating in the Tryon Presbyterian Church.  She also enjoyed painting with her friends, and maintained these connections despite the COVID pandemic and cancer diagnosis.

Due to COVID-19 restrictions there will be a small private grave-site service for immediate family at Fairmount-Willow Hills Memorial Park in Willow Springs, IL.  A celebration of her life, to which family and friends are most cordially invited, will take place in Tryon, NC later in the year.

In lieu of flowers, donations can be made in her name to the Tryon Arts and Crafts School would be much appreciated by the school and its students.  www.TryonArtsandCrafts.com