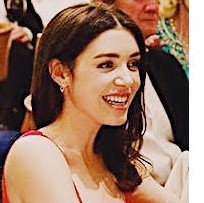 Processed with VSCO with kp3 preset

Letter to the editor

Melyn McKay, daughter of Bruce and Lori Heckelman of Tryon has been awarded her DPhil (Doctorate) from the Department of Social Anthropology at Exeter College, University of Oxford.

Melyn’s thesis considered the role of women in religious extremism and violence. She conducted two years of fieldwork in Myanmar (formerly Burma), where she followed the female members of a controversial Buddhist religious movement.

Melyn currently resides in Berlin, Germany. However, prior to her graduate studies, Melyn worked and lived in Bujumbura, Burundi, Juba, South Sudan and Beirut.

With her doctorate now complete, she will continue to offer consulting and advisory services in research design, humanitarian response, international development and foreign policy. Her past and current clients include numerous foreign bilateral donors, UN agencies, think tanks and international NGOs.