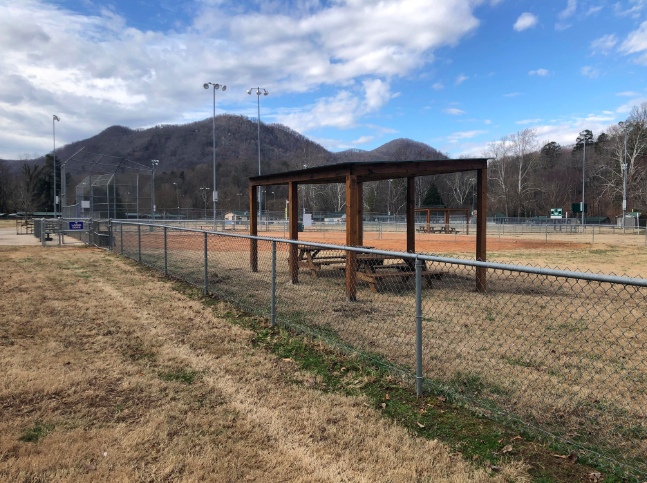 A new dog park officially opened over the weekend at Harmon Field in Tryon. Rules are now posted and there are separate areas for large and small dogs. (Photo by Leah Justice/Tryon Daily Bulletin)

Harmon Field has opened its dog park in Tryon

TRYON—Tryon has a new dog park that officially opened over the weekend.

The dog park is located on a former baseball field at Harmon Field.

The Harmon Field Board of Supervisors has posted rules for use of the park.

The park was made possible by a $20,000 donation from Cynthia Davis in memory of her father, Seth Davis and her great aunt, Jane Brown.

The town has been working on the park for a couple of months, with fencing needed to separate the field with one for large dogs and one for small dogs. There are waste stations on each side, water available for people and dogs, seating and shade. Plans are to add agility stations for the dogs.