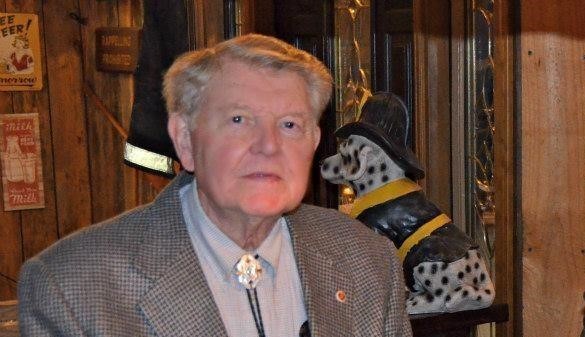 A native and lifelong resident of Tryon, he was the son of the late John W. Cowan and Lillie Davidson Cowan. A graduate of Tryon High School, Mr. Cowan went on to serve in the U.S. Army. He began working at the family business, J.W. Cowan, Inc, and later serving as president before retiring in 2016. During those years, he was a Tryon Fireman for 32 years, serving a term as Fire Chief, 12 years on the Tryon Town School Board, 20 years on the Polk County School Board and a charter member of the Tryon Lyons Club. Mr. Cowan was named Businessman of the Year by the Chamber of Commerce in 1997. He was a dedicated member of Tryon United Methodist Church where had served as Sunday School superintendent.

In addition to his parents, he was preceded in death by a grandson, James “Tank” Waters; one brother, John Charles Cowan.

Burial will be private in Polk Memorial Gardens with military rites conducted by the Polk County Veterans Memorial Honor Guard.