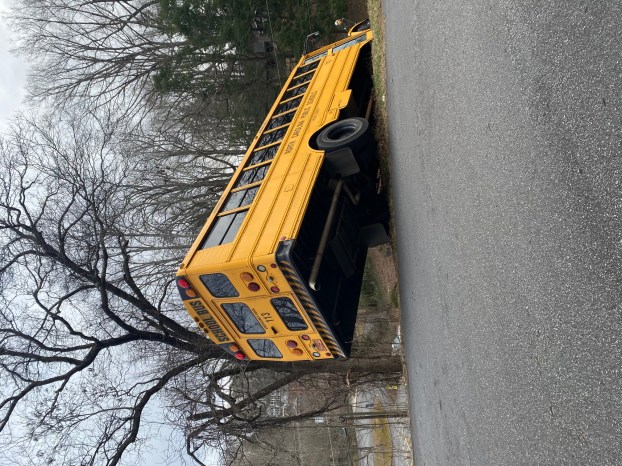 The Year in Review – January

The Year in Review – January

published in the Bulletin in January.

SUNNY VIEW––A logging truck overturned on Green River Hill in the Sunny View community and caused part of Highway 9 to be closed for several hours. The driver of the truck was not seriously injured but did go to the hospital to be check out. The accident happened after 2:00 p.m. and crews did not leave the scene until around 7:30 p.m.

The truck spilled between 23-50 gallons of diesel fuel and also oil.

Carpenter remained a resident of Tryon and worked for four and a half years as TDDA Director. She is proud of the accomplishments of TDDA and felt confident that the board has the leadership and work plan in place to further the work to improve downtown.

She was the TDDA’s first ever executive director.

The plane was a four-seater, small plane that crashed into trees about a mile into the woods. There was not a lot of damage to the plane and UTVs carried the passengers out which included three juveniles under the age of 16 and an adult pilot.

The plane had flown out of Hendersonville Airport and was ding a demonstration flight, according to local officials. Area residents saw the plain spiral down into the woods and rushed to the scene.

Casey and her sister Lynn both opened the restaurant, and though Casey left, she continued to watch their dream thrive within the heart of Saluda.

MILL SPRING––An explosion occurred at Deb’s Mini Mart in Mill Spring. Officials discovered that there was a capacitor that went bad in a manhole and it caused a spark and lit the gas fumes in the manhole. The explosion blew the manhole cover off and burnt the fumes off and put itself out quickly so there was no fire.

The explosion was caused from the fumes inside the manhole. There was no damage to the gas pumps. The manager of Deb’s Mini Mart cut off the pumps immediately and did all the right things to prevent any other issues.

CAMPOBELLO––A Campobello man was extracted to the Rutherford County Detention Center to face attempted murder charges for shooting at a police officer.

Jushua Kyle Warren, 31, of Campobello was taken in on charges of attempted murder, assault on a law enforcement officer with a firearm, assault with a deadly weapon with intent to kill inflicting serious injury and possession of a firearm by a felon.

POLK COUNTY––Polk County’s population is on a slow but steady rise. Over the last decade, the population has grown by 2,258 residents.

TRYON––Blue Ridge Community now has $1.75 million through a bequest from a Tryon woman to provide scholarships and other program support related to the health-care field.

Liselotte R. Wehrheim of Tryon died in August 2019 at the age of 103. Her gift is the largest single gift from an individual in the history of Blue Ridge Community College, located in Hendersonville.

Wehrheim grew up in Germany and served as a nurse in World War II. She took classes at Blue Ridge Community College into her 80s and understood the importance of a college education. She loved seeing students work hard to improve their lives.

The Polk County Board of Commissioners was recently presented the annual audit for fiscal year 2018-2019, which includes statistical information about the county. The county ranked the top employers in tiers, with the school system, St. Luke’s Acts Inc. (Tryon Estates) and Polk County government having between 250 and 499 employees.

COLUMBUS––The number of inmates the Polk County Jail has processed over the last decade ranged from 687 inmates in a year to 1,122 inmates processed last year.

The county recently constructed a new law enforcement center after having the former jail since the early 1970s.

TRYON––After student drop off, a bus driver who was parking at Tryon Elementary School nearly slid down the hill.

No students were on the bus and the drier was no injured. Polk County School Superintendent Aaron Green said it was a parking brake misapplication after the route was complete.

School officials believe there is no damage to the bus, but it was towed to be checked out completely before being back on the route.

The bus number was 113 for Tryon Elementary School.

The bus was trying to park on top of the hill in the bus parking area, and the brake was not set. The driver was able to stop be bus before it went completely over the edge.

Polk has had 265 landslides

COLUMBUS––Polk County has had 265 landslides, according to a study being done by the North Carolina Geological Survey.

The geological survey showed landslides that have occurred in the county, most of which happened on steep slopes during a heavy rain event in May 2018 where three people died as a result.

Rick Wooten with the geological surveys said that 176 is not seeing any reactivation but there is certainly some sediment. The Cove Creek area, he said, moved in May 2018 and one of the slides is still affecting Howard Gap Road. He said 90 percent of slides are on private property and one slide has shown very slow movement over the past months with less than two inches of movement.

The parcel was one owned by the Lee family which had a dairy farm there beginning in 1939.

The Lee family had ties to O.P. Earle, one of Landrum’s early families, which the elementary school is named after.

Gibbs said his company was honored to buy the property and plans to preserve its heritage and name in the new subdivision.

Landrum man sentenced to 30 years in prison for murder

A witness told deputies Coggins was armed with a shotgun when he arrived in a Spartanburg home to accuse Whiteside of taking money.

Whiteside was shot during a struggle over the gun and Coggins fled the scene in a Black Ford Ranger. Officials spotted his Ranger in the Food Lion parking lot in Columbus, and Columbus and Tryon Police Departments assisted with arrest, taking Coggins into custody.

Police County recovered the shotgun inside of Coggins’ truck.

Following his arrest, Coggins admitted to shooting Whiteside, but his story did not match the witness’ account of what happened.

Coggins had previous convictions for driving under the influence, third degree assault and battery and petty larceny.

Christmas movie being filmed in Tryon  Tryon had its usual Christmas parade on Trade Street. Actually, there were two Christmas... read more