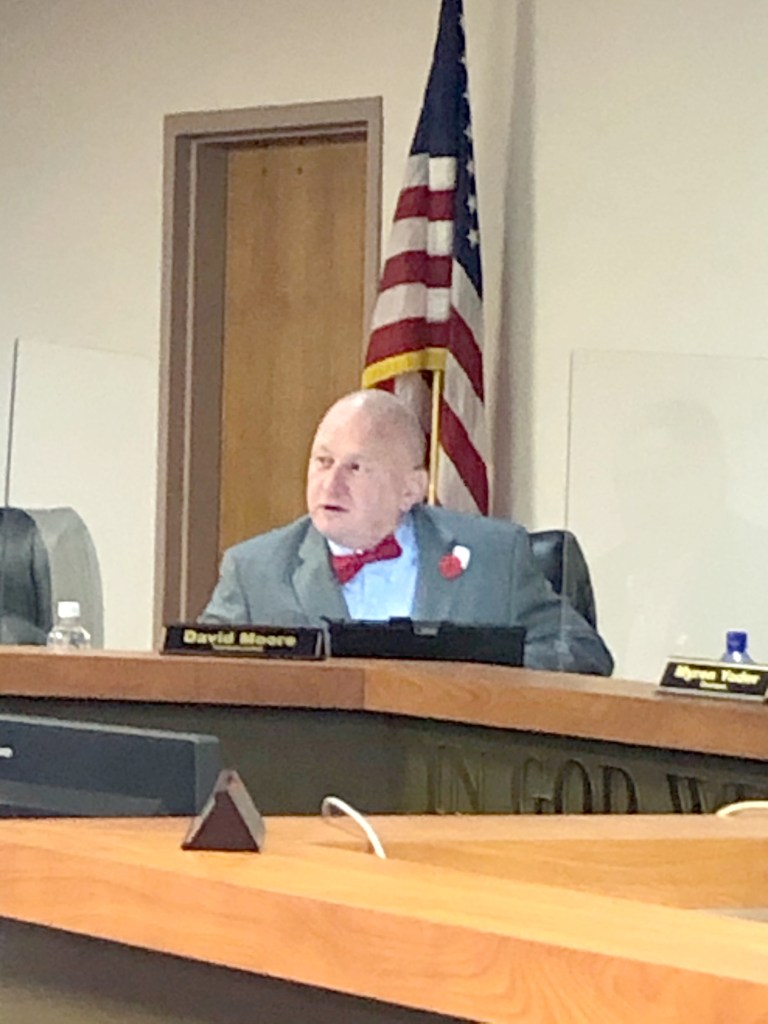 Moore was appointed last year as commissioner and won his first 2-year term in November.

“I was elected on Nov. 3 to be a commissioner for the next 2 years,” Moore said before being sworn into office. “The gentleman that was my mentor and hero is not able to be with us tonight. I have Ted Owens’ bible that I will be using to take my oath and I know he would be more than proud tonight. I’m here because of him.”

Owens died at the age of 83 on Aug. 25, 2020. He spent most of his adult life in public service, as Columbus mayor and later for several terms as Polk County Commissioner, including serving as chairman of the board.

Moore said after he won the election that he dedicated his win to his late friend and mentor Owens, “who was always encouraging me once I was appointed last year.”