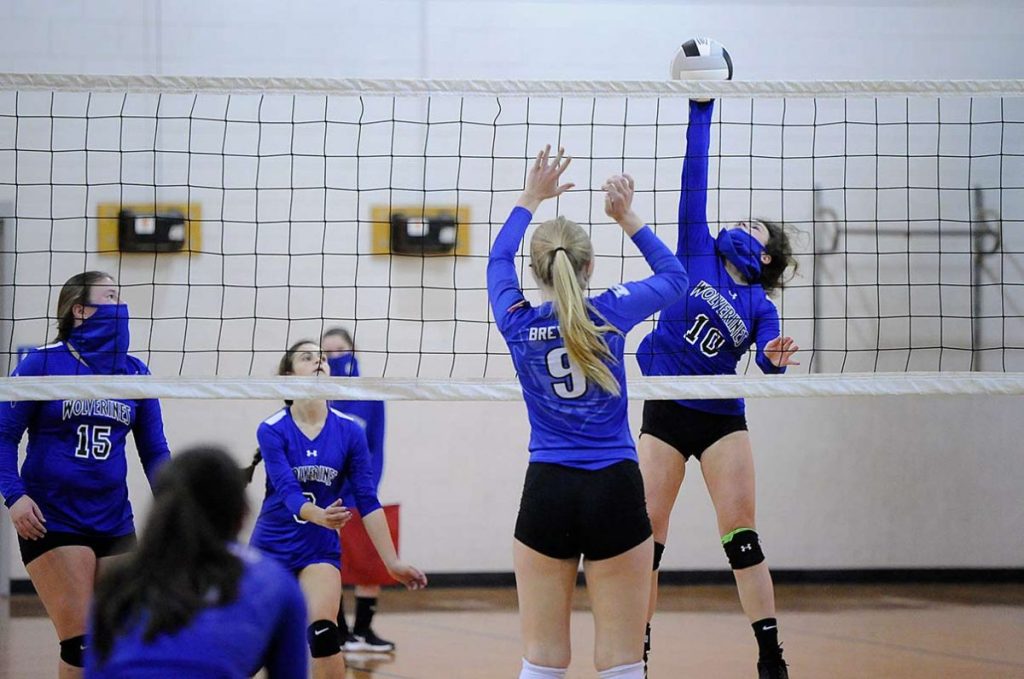 But the Wolverines, as has been their trademark this season, never stopped battling.

Polk County Middle’s 2-0 loss Monday to Brevard Middle assured the Wolverines will finish in third place in the Blue Ridge Conference’s East Division. In normal years, that would still be good enough for a berth in the BRC’s postseason tournament.

But in this season, where little bears any resemblance to anything normal, the BRC tourney is just a four-team event, which means Rugby and Brevard will serve as the East Division’s entrants and Polk Middle (6-3) will conclude its season on Tuesday with a trip to Rugby.

The Wolverines entered Monday’s match knowing they had to win twice this week in order to secure a tournament appearance. As they’ve done all season, they gave it all they had.

Brevard (8-1) led much of the first set, but Polk Middle kept fighting back, and pulled within 22-20 on kills by Sidney Carroll and Mia Bradley. The Blue Devils regained the serve and made it 23-20, but another Bradley kill once again trimmed the deficit to two.

The teams traded serves before Brevard finally notched the final point and the set.

Polk grabbed an early lead in the second set, but the Blue Devils began to pull away late and closed with a 7-3 run to claim the victory.

“We did fix some things that we’ve worked on since the first time we played them,” said Polk Middle head coach Kenny Hall. “I was pleased to see that.”

The pandemic delayed the start of the regular season for the Wolverines. Once the season arrived, it came with a mandate that all would play in masks, causing a trio of players to leave the team the day before the start of the season. But Polk Middle’s roster adjusted to the masks and the changes and everything else about the 2020 season and made the most of it, never giving up.

“They played through a lot of adversity, lineup changes and everything else,” Hall said. “Brevard has got a good team and today we just didn’t play well enough.”