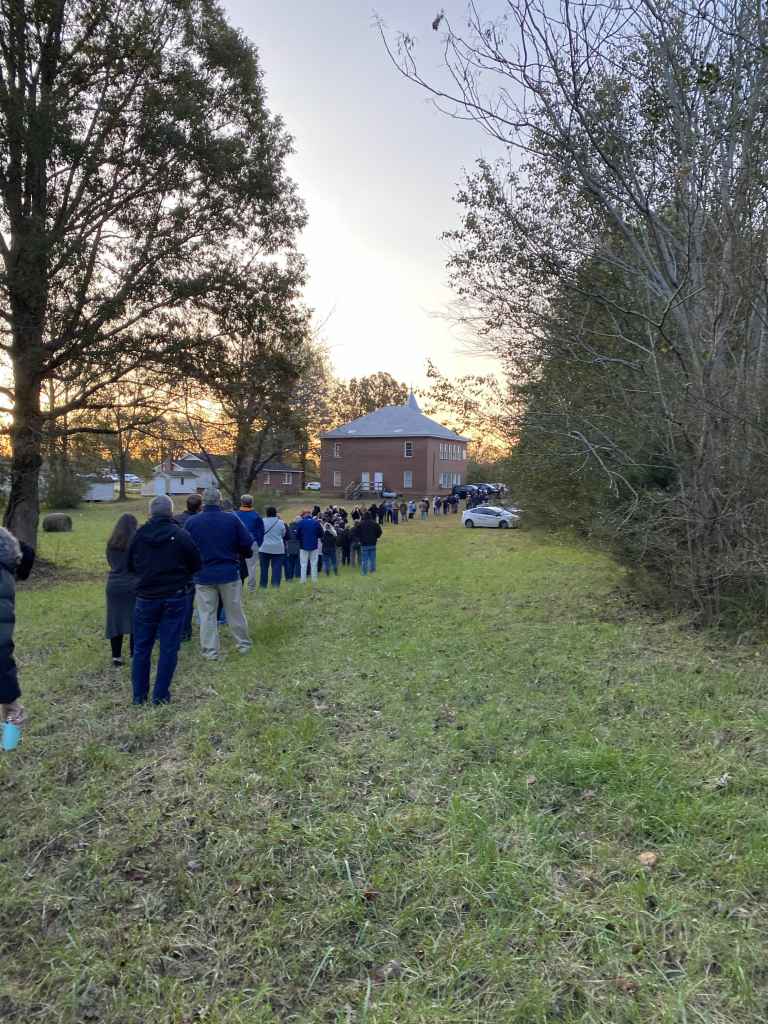 The Gowensville precinct had long lines for voting on Tuesday for local Greenville County residents. (Photo by Shanna Corn)

Incumbent Democrat Ray Gasperson lost with 5,570 votes, which was 627 votes behind Moore.

Thom Tillis also won in Polk County for U.S. Senate over Cal Cunningham with 7,350 votes to Cunningham’s 4,407 votes and Madison Cawthorn won over Moe Davis for the U.S. House of Representatives District 11 in Polk County by 7,470 votes to 4,337 votes.

Tillis was winning over Cunningham statewide as of press time Tuesday night, as well as Cawthorn beating Davis statewide

Statewide, Johnson was winning the state seat by 30,215 votes to Edney’s 20,500 votes, according to unofficial results as of press time.

Official results were not available as of press time and provisional ballots were still out. The Polk County Board of Elections will do its official canvassing of the votes to make them official next Friday, Nov. 13.