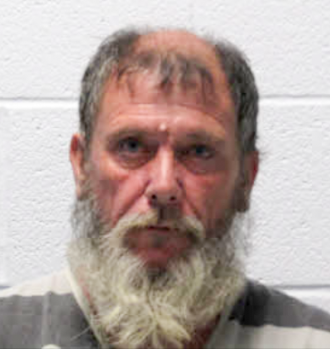 Frankie Lee York, 53, of Liberty, was arrested and charged with attempted felony breaking and entering, possession of methamphetamine and possession of drug paraphernalia, according to sheriff reports.

The arrest occurred on Thursday, Sept. 10 when deputies received a call regarding a suspicious person near the Silver Creek Campground, off Silver Creek Road in Mill Spring.

When deputies arrived, they located York attempting to forcibly break into the church. York was quickly apprehended and arrested and charged, according to the sheriff’s office.

Polk County Sheriff Tim Wright commended Sgt. Page and Dep. McDaniel’s quick response that led to a convicted felon with methamphetamine being taken off the street and preventing damage to a local house of worship.

“One of the main reasons we have divided the county into geographical patrol zones was to reduce response times and ensure that deputies better know their areas and the communities they serve,” Wright said. “This case is just another example of why that is so important.”