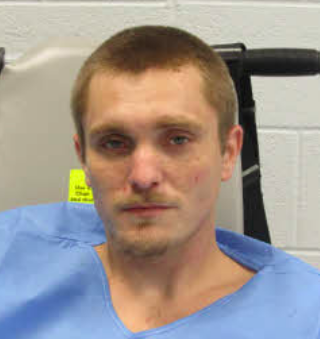 Deputies saw a motorcycle with no registration plate and when they attempted to stop the motorcycle, the driver fled at a high rate of speed, according to sheriff reports.

Harley Curtis Riley, of Cowpens, S.C. was arrested and charged with felony fleeing to elude arrest; possession of a firearm by a convicted felon; resist, obstruct, delay an investigation; failure to stop for a stop sign; failure to display registration; failure to maintain lane control; no operator’s license and reckless driving, according to the sheriff’s office.

Deputies chased Riley for a short time until the motorcycle lost control and crashed on Manus Chapel Road. Deputies found a handgun, which Riley could not have because he is a convicted felon.

Riley was treated for minor injuries following the crashed and arrested and charged.

Polk County Sheriff Tim Wright commended Deputies McDaniel and Johnson as well as Sgt. McCracken for their handling of the situation and for remaining vigilant at all times while on patrol.

“This is a perfect example of why traffic enforcement is so important to community safety,” said Sheriff Wright. “Not only do we receive more traffic complaints than any other complaint from the public, but in this case a registration violation led to the apprehension of a felon in possession of a firearm and someone obviously not afraid to put the public in danger based on his actions.”