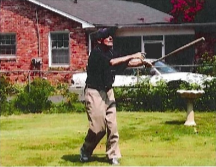 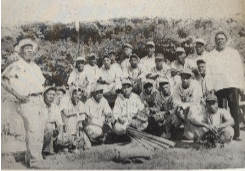 Statue, memorial to be unveiled Sept. 5

TRYON—The grand opening of the Dallara Baseball Field at Harmon Field in Tryon will be on Saturday, Sept. 5.

The celebration will begin at 10 a.m. at the baseball field and continue until 2 p.m.

The Harry Dallara statue and the bas-relief plaque honoring the Tryon All Stars will be unveiled with remarks by sculptor David Deming.

“I am delighted that the time has come, after many years of preparation, to formally open the Harry Dallara Ball Field at Harmon Field,” said Chairman of the Dallara Foundation Charles Dallara. “We are excited by the prospect of this renovated field helping generations of youth, from all backgrounds, learn the game of baseball. My father built his life in Spartanburg after WWII. He also fell in love with Tryon and, in particular, Harmon Field. He would be very proud to know that in his name generations of diverse children will be able to enjoy the finest ball field in the Carolinas.”

Mayor Peoples said he is very impressed with the major improvements completed which will now be called the Harry Dallara Ball Field.

“Without any cost to the people of Tryon, the Dallara Foundation and its donors have made a lasting contribution that can benefit significantly the children of Polk County,” Peoples said.

Nelon said the improvements accomplished on the Dallara Field, funded by the foundation, have created a jewel for baseball in Tryon.

“We are proud to have worked with the town council and the foundation in support of these enhancements,” Nelon said. “Coming on the heels of the recent renovation of the playground at Harmon Field, we now have an even more spectacular set of facilities for the enjoyment of the citizens of Tryon, Polk County and the broader Piedmont.”

The renovations to the baseball field include outfield grass, with an irrigation system and installation of infield grass, which is the first in Polk County; storm drainage and infield sub-surface drainage; ballfield fencing; new bleachers; dugouts covered by shade cloth; parking spaces; extended walkways; low-level pedestrian lights; trees; an electronic scoreboard and benches and seat walls.

The field also includes a new plaza that was created around the Harry Dallara statue and a special baseball insignia created at the base of the plaque of the Tryon All Stars.

Director of the foundation Gordon Hamilton said the unveiling of the special bronze plaque in honor of the Tryon All Stars team constitutes an important milestone in remembering these talented young men who represented Tryon in the Negro Leagues.

“It also signifies the foundation’s commitment, along with the Town of Tryon, to a community which promotes diversity and respects the humanity in all of us,” Hamilton said. “As a board member of the foundation, I am proud to have been associated with the creation of this plaque and with the legacy that it now will carry forward.”

Sculptor Deming, of Cleveland created both the statue and the plaque. Some of the statues Deming has created include of Cleveland Browns running back Larry Brown and the first African American manager in the Major Leagues Frank Robinson.

The grand opening will be held in strict conformance with the COVID-19 policies, including all participants asked to wear mask and engage in social distancing.

Seating and the luncheon will be fully consistent with social distancing, organizers said.

The baseball game will also be played only with the approval of authorities and will all safety precautions.

More information about the foundation and Harry Dallara can be found at harrydallarafoundation.org.