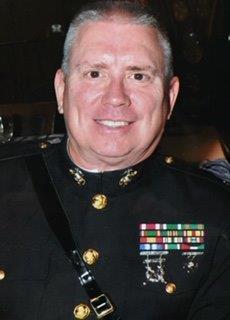 Floyd Henry “Hank” Winn, Jr. passed away on August 11, 2020 at his home in Tryon, NC.   He had been surrounded by his loving family and friends throughout the final weeks.   Hank was born in Terre Haute, Indiana on September 11, 1951, the son of Floyd Henry Winn, Sr. (deceased) and Anna
Lucia Gasperi.
Hank is survived in death by his loving wife of 49 years, Bonnie Marron Smith Winn of West Terre Haute, Indiana and their wonderful family: Bethany A. Fine (Tony) of Tryon, NC;  Rachel A. Casteline (David) of Four Oaks, NC; and Joshua R. Winn (Eunice) of Pensacola, FL.
Hank is also survived by his 93 year old mother, Anna Gasperi  Winn of Tryon NC (originally of Foggia, Italy); 2 brothers, Tony Winn of Fort Myers, FL; John Winn (Donna) of Baton Rouge, LA; and by his sister Palma Winn Davis (Jack) of Columbus, NC.
Hank and Bonnie have 7 beautiful grandchildren: Alec Fine; Gabriella Rose,
Audrey, Emmett and Julian Casteline;  Asher and Everly Winn.
Hank was a 1969 graduate of Schulte High School in Terre Haute as well as a graduate of Indiana State University in 1976. Upon graduation from ISU he was commissioned in the United States Marine Corps where he served for 20 years retiring in 1996 at the rank of Lieutenant Colonel serving in both war
and peace time assignments.   Hank’s second career was as a beloved JROTC
instructor serving as a strong role model for his students.
Hank shared many interests with his immediate and extended family members including: scuba diving, hunting, horseback riding to include shooting competitions and Gasser drag racing.  One of his special joys was entertaining family and friends with his beautiful singing voice.

Beyond any doubt Hank’s first love and most passionate feelings were for his loving and loyal wife, Bonnie, their children, grandchildren, parents, siblings and extended family and dear friends.   He will be greatly missed but never forgotten.
Hank was a member of the Knights of Columbus as well as St. John the Baptist Catholic Church in Tryon, NC.  He was blessed to receive both the Blessing of the Sick and Last Rites before his death.
Hank will be cremated and his ashes buried in the National Cemetery in Pensacola, Florida in a private family ceremony.  The family requests that remembrances  be made to:
American Brain Tumor Association
8550 West Bryn Mawr Avenue Suite 550
Chicago, IL 60631  tel: (773) 577-8750
St John the Baptist Catholic Church:  180 Laurel Avenue, Tryon, NC 28782.
Marine Corps Scholarship Fund.