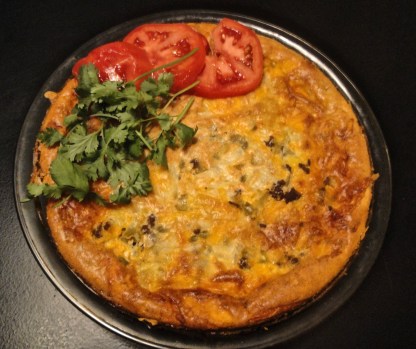 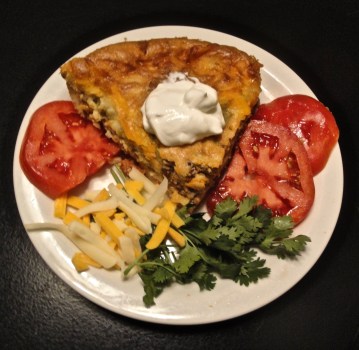 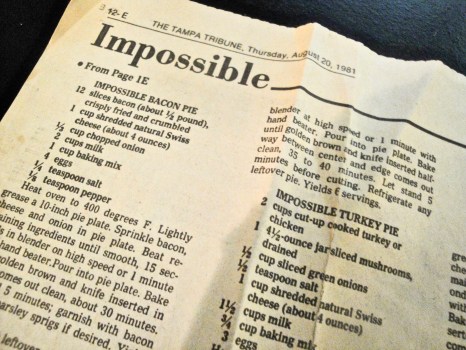 There’s always a new recipe to try. Recipes go in and out of style just like fashion. One year it might be crepes or quiche, another year everything is low fat or vegan. Kale might be king for awhile, then gluten free takes over. But sometimes it’s fun to look back, to find an old time favorite and bring it back.

Lucy: My neighbor, Barbie, shared a casserole with me and it brought memories of cooking for my family when my boys were young. She presented me with a zucchini Impossible Pie.

Linda: That sounds intriguing. I’m going to feature your Impossible Pie memories and recipes this month. My husband and I have made the decision to move on to independent, retirement living. I’m busy packing and don’t have time to cook. I need at least four cartons to transport my cookbooks. So this month it will be all your recipes.

Lucy: My first introduction to Impossible Pies was in 1981. The Tampa Tribune featured a column on these pies. I still have the now yellowed column that I snipped from the paper. They are easy to make, delicious, and have stood the test of time.

The great thing about Impossible Pies is that you don’t even need to make a crust. All the ingredients go into a pie dish and that’s where the magic happens. They bake their own crust. This recipe is one of the simplest dinner recipes ever!

Linda: I researched some of the history on Impossible Pies. The first reference seemed to be around the early 1930’s for a Coconut Impossible Pie. A website called “The Food Timeline” explains, “The first Impossible Pie recipe introduced by Bisquick was a coconut one; this indicates that the recipe might have originated in the South where coconut pies have long been popular.” General Mills’ Marcia Copeland, director of Betty Crocker foods and publications, recalls that “we first saw the recipe for (crustless) coconut custard pies in Southern community cookbooks.”

Lucy: I read that Impossible Pie first became widely known in the 1970’s when it was printed on the backs of Bisquick boxes. You may have seen the yellow boxes in a cupboard or two growing up. It‘s still available today. Bisquick was suggesting all sorts of variations, both savory and sweet, including but not limited to: Impossible Peach and Raspberry Pie and Impossible Chicken Pot Pie. Just think of something you could put into a pie and there’s an Impossible version of it out there

Linda: A little more research brought up the following, “Amazing, mysterious, it could be none other than Impossible Pie, one of the most successful corporate recipe projects in the U.S. food-marketing history. General Mills, home of mythical Betty Crocker and maker of Bisquick benefited by popularizing the simple recipe formula for the Impossible Pie mixtures.”

Lucy: I never tried the Coconut version but have tried several of the others. I’ll share my recipes and we can add the coconut version that I found online. It was so much fun to have Barbie bring back these memories. It inspired me to make a Mexican Impossible Pie.

Salt and pepper to taste

Sauté the beef with the onions in a large skillet until browned and cooked through. Stir in taco seasoning and mix in water according to package. Cook until water evaporates. Spread the meat mixture into a 10″ pie pan sprayed with cooking spray. Layer on the chilies and then the cheese. Mix together remaining ingredients and beat 1 minute with mixer. Pour over meat mixture. Bake for 25-30 min. or until crispy browned on top. Let stand 5 minutes. Garnish with tomatoes, sour cream, and cheese if desired.

2 cups cooked chicken or turkey, chopped. To save time, use rotisserie chicken

In a large bowl, stir together chicken, mushrooms, onions, and cheese. Spread mixture into 10” pie plate.

In another bowl, beat milk, Bisquick and eggs for one minute with mixer. Pour into pie plate. Bake for 45 minutes. Cool 10 minutes before cutting into slices.

Preheat the oven to 350°F. Grease a 9-inch glass pie plate with a cooking spray like Pam. In a large bowl, stir together all ingredients until blended. Pour into pie plate.

Bake 50 to 55 minutes or until golden brown and knife inserted in the center comes out clean. Cover and refrigerate any remaining pie