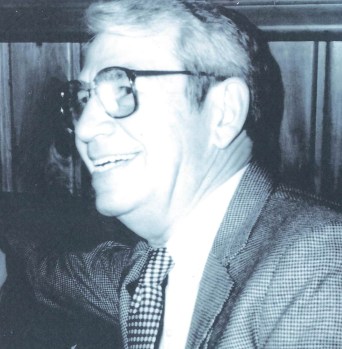 TRYON – Earl A. Bettinger of Tryon, NC died peacefully, Monday morning, July 20, 2020 in his home at Wood Spirit overlooking the Pacolet Valley at 96 years young. He lived a rich and full life.

Born and raised in Detroit, MI, he was a graduate of Wayne State University majoring in theatre. He was preceded in death by his wife, Lilian Jackson Braun.

Earl had a world view built on his experiences. As an Army soldier, he served in France during WWII as a supply specialist. Earl had the ability to tell a story like no one else. He told of an army buddy who had made a killing on selling pilfered items form the supply room on the black market. He had too much money to take back to the states, so he and Earl went on a weekend pass to Paris and spent it on cabarets and loose women.

Under the auspices of the State Department, he traveled with a theatre group throughout India performing O’Neill and Shakespeare plays. He belonged to a Philadelphia regional theater that played throughout the Catskills.

Earl had a most wonderful voice and elocution. He was a master of the spoken word. Earl could read the telephone book, and everyone would stop to listen.

He met the love of his life, Lillian Jackson Braun while in Detroit. They were made for each other. His wife was the author of the Cat Who mystery series. He supported her in her writing career and was “The Husband Who” to whom she dedicated all her books. They moved from Detroit to Bad Axe, MI on the shore of Lake Huron and then the Outer Banks where they lived for several years. In the early 70’s, they relocated to Tryon where they both lived out their days.

His love was the theatre. Not only did he attend but took part in many of our local TLT plays. He and Lilian attended the Stratford Shakespeare Festival in Canada for many years. He loved opera and could tell the librettos of them all. Every evening he would read aloud to Lilian. He was a man who lived life surrounded by the arts. He loved contemporary art and design as reflected in his house. He was a gourmet and especially loved Middle Eastern and Indian cuisine. He appreciated fine wine and conversation. He was a movie aficionado and read the New York Times religiously. An evening spent with Earl was a blend of wonderful food, conversation and camaraderie. His sense of humor was not to be missed. He was a loyal and supportive friend.

Earl leaves behind his two loving companions, Shirley Bradley and Beck Oliver who made many wonderful memories with him. Walter Dusczyk, his every Wednesday companion, and a niece, Carlene H. (Bettinger) Isabel from Maineville, OH. Earl touched so many lives, and those that were friends that knew him are better for it.

“For in that sleep of death, what dreams may come”. William Shakespeare.

No service is planned.