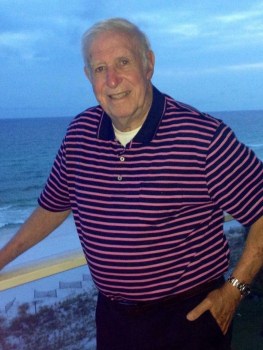 Hugh grew up in Columbus, NC, where his father was the sheriff of Polk County. He attended Spartanburg Jr. College where he played basketball and holds several records to this day. He went on to graduate from Troy University with a degree in criminal justice. He served in the USAF during the Vietnam War and received several medals and commendations. After 25 years of service, he retired as Master Sergeant. Hugh loved sports and was a huge NC Tarheels basketball fan. He enjoyed his family, music, dancing and he loved his dogs. He was a member of Eastern Hills Baptist Church.

Visitation will be held on Thursday, May 21, 2020, at Leak Memory Chapel at 2:00 pm with a Chapel Service at 3:00pm. Burial will follow at Greenwood Serenity Memorial Gardens.

The family will accept flowers, or you may make a donation to Pilots for Christ, PO Box 707, Monroeville, AL, 36461 in memory of Hugh.