Gather ye rosebuds while ye May! 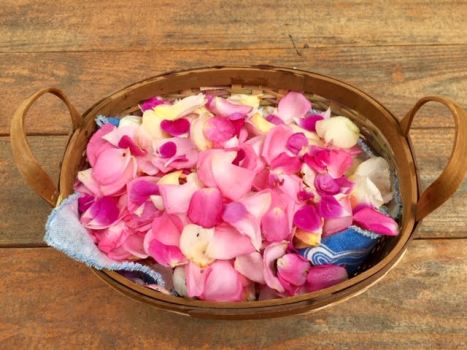 Cleaned out the garage? Check.

Gone through the closet to make a donation of rarely worn clothes? Check.

As our states slowly reopen there are many who are remaining cautiously at home, knowing that this choice comes with a good dollop of cabin fever. It’s frustrating. It’s boring. It’s…possibly from where the next great idea comes?

Consider this: Thomas Edison used to believe his most brilliant ideas came in that moment between sleep and waking. Trying to tap into his next brainstorm (after the lightbulb, phonograph, movie camera), he would sit and nap with his arms draped over the sides of a chair, two steel balls in his grip. As he began to doze and his hands relaxed, the drop of the balls would jolt him awake to pounce upon what sliver of genius might have been lurking in his occipital lobe. It’s said Salavador Dali did something very similar, choosing instead to hold a heavy key.

Albert Einstein was known to be a dreadful sailor, often becoming quite lost, striking off from New York’s Nassau Sound. Yet his hobby relaxed his mind and it was said drifting aimlessly helped him explain the universe.

And we all know the legend of Newton, lying beneath an apple tree, not doing much at the time…

I found the website, depliy.com to be rather entertaining while researching ‘brilliant ideas that came out of nowhere.’ Indeed, they listed 15. A few:

Earlier this week I was reading an article that gave the gloomy prediction of charities struggling during our current recession. Indeed, in 2008 and 2009, charitable giving was down 7%. With far more now out of work than 12 years ago, concern for my longtime concerns—Mobile Meals and Big Oaks Rescue Farm—was mounting. I sat drumming a pencil at my kitchen table while enjoying the sight and the scent of three enormous, shell pink rose blooms Paul had stuck in a mason jar. Even the ring of fallen rose petals around it had its own charm. And then it hit me.

For 20 years I’ve lived here and for 20 years, Paul has cultivated at least 200 rose bushes and climbers taking over 4,000 square feet of garden. And millions of rose petals, unused, deteriorating back into the soil as natural compost…

Certainly not a life changer in terms of the theory of relativity, gravity or a lightbulb, but the seasonal gathering of rose petals here at the farm, to be dried and stuffed into sweet little linen or muslin pouches…well, with overhead basically free, and the costs and prices kept nominal, my rural brainstorm (or brain sprinkle) to benefit favorite charities began to take place.

Listen, I’m not a ‘crafty’ sort of gal. My idea of ’scrapbooking’ is an old, stained manila envelope from 1976 stuffed with creased photos from childhood. I don’t make soap; I’m not interested in trying to manufacture rose water. I’ve got a horse farm to run, for Pete’s sake. But these petals, to be tossed at weddings or placed in one’s ‘drawer’ drawer, well, these petals are simply crying to be used.