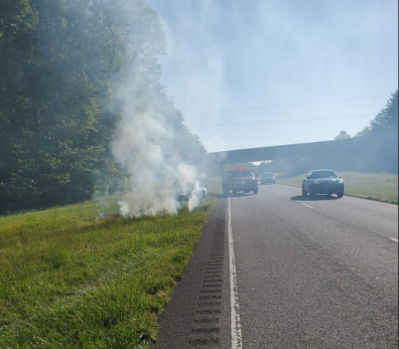 COLUMBUS—The Columbus Fire Department has responded to 2 grass fires in the past week.

Last Wednesday, the department extinguished a vegetation fire on the side of the CVS building in Columbus, then responded Monday to a grass fire on U.S. 74 on Monday.

Both fires were quickly extinguished.

The vegetation last Wednesday was initially reported as a commercial structure fire with Engine 22 and Ladder 22 trucks responding.

The Columbus Fire Department is asking the public not to throw out smoldering objects out of windows as high winds lately has dried everything out.