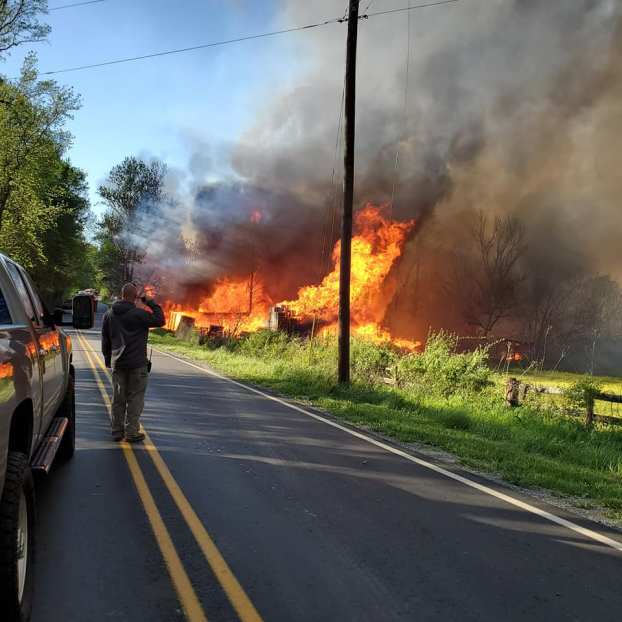 A fire Friday at a pallet plant burned approximately 21 acres in the Fox Mountain Road area of Mill Spring. (Photo by Brent Jackson)

There were 25 agencies from a few counties who fought the blaze on the windy afternoon. The fire began just before 5 p.m. and crews worked well into the night as well as Saturday morning to handle hot spots.

Fox Mountain Road from Highway 108 to Bill Collins Road was closed for some time Friday.

Duke Energy had almost 250 customers without power because of the fire.

Some homes had to be evacuated during the fire, which quickly spread to the woods.

Polk County Sheriff’s Office Public Information Officer J.J. Sauve said over the weekend that the fire was contained but the North Carolina Forest Service and local firefighters were still engaged in mop-up operations in the area.

The fire consumed approximately 21 acres, with extensive damage to several pieces of machinery equipment, vehicles and several buildings on the property, Sauve said.

Our brother, our friend