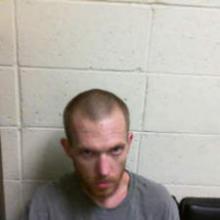 The incident occurred on Friday, March 27, when at 10:17 a.m., sheriff’s deputies were dispatched to a 911-hang-up call, where a 6-month-old baby was missing from its crib.

Deputies arrived and report that they immediately became suspicious of inconsistent stories. The sheriff’s office says multiple sheriff’s office investigators were conducting interviews at multiple locations in an attempt to find the missing child.

While investigating, deputies received a call that a baby had been found in a black gym bag in the parking lot of the Trinity Lutheran Church, located in the Pacolet Valley, just outside Tryon.

The Tryon Police Department responded to the church and secured the scene until sheriff’s office investigators could process the scene, according to sheriff reports.

“The child was found to be malnourished and with multiple physical injuries visible on her body,” said Polk County Sheriff’s Office attorney and public information officer J.J. Sauve. “The child was transported from the scene by Polk County EMS with the assistance of Tryon Fire Department and Polk County Rescue Squad and flown to Greenville Hospital System aboard Regional One.

Once the child was presumed to be the one missing, the mother and Hardin were brought to the sheriff’s office for interviews.

Heather Lynn Walsh, the mother, was charged that day with misdemeanor child abuse/neglect.

The baby and an older sibling were taken into department of social service custody, where they both remain, according to sheriff reports.

“Over the next week investigators conducted dozens of interviews, canvassed multiple communities, fielded hundreds of messages and tips, served multiple search warrants, searched multiple homes, reviewed forensic reports, reviewed hundreds of pages of location data, watched hours of surveillance video, met with the District Attorney’s Office multiple times, and worked around the clock with authorities in North and South Carolina,” Sauve said Friday evening. “This investigation culminated in one of the original persons of interest in the investigation, Joshua Oren Hardin, of Hollow Wood Lane, in Tryon, NC being interviewed again by PCSO Investigators today.”

As of Friday, Hardin was being held at the Polk County Detention Center under a $200,000 secured bond.

“I am first and foremost happy that the little girl at the center of this investigation is now in caring hands and doing well,” said Polk County Sheriff Tim Wright. “I’m also proud of the dedication and teamwork shown by my Deputies, Investigators, Administration, and School Resource Officers who came in and helped canvass neighborhoods and serve search warrants. I’m also proud of our community and partner organizations. This truly was a team effort. The outpouring of support for the child and our investigation were enormous and kept our Investigators going around the clock. This case had several twists and turns, and I expect my people to follow every possible lead and document every critical piece of evidence so that the

District Attorney can prosecute offenders like Josh Hardin to the fullest extent of the law without having to worry about cut corners or rushed judgments. Days like today make all the stress and long hours law enforcement and public safety professionals face on a daily basis worthwhile.”