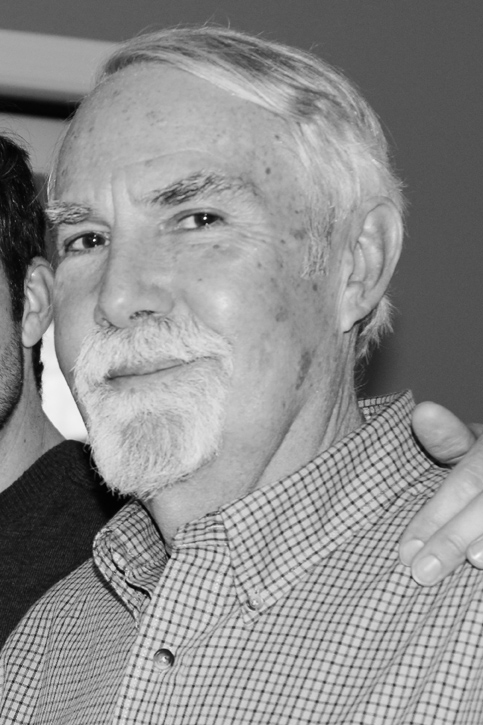 TRYON – Born in Tlaquepaque, Mexico on June 28, 1949, Claude Douglas Graves died on April 1, 2020 surrounded by his family, three and a half years after a diagnosis of multiple myeloma. Claude was raised in Mexico and Venezuela alongside his younger sister, Kathryn Sidener, who preceded him in death two years to the day.

The Graves family had moved to Latin America for his father Robert Lee Graves’s work with Sears International. Young Claude (lovingly called “Tremendo” by his mother Virginia Graves) grew up with other international students and often reminisced about his friendships with people from all backgrounds and the freedom he had to explore the streets of Caracas in the 1950s. He spoke fluent Spanish and had a lifelong penchant for the delicacies of his childhood like tamales, flan, papaya, and mango.

After attending local and international schools in Venezuela, Claude returned to the U.S. to attend the Oklahoma Military Academy from 8th grade through high school. Following his father’s recommendations, Claude studied Psychology and Spanish Literature at UNC-Wilmington. While a student, he met Elaine Cooper, who he quickly fell for. Their connection was immediate, and they remained nearly inseparable for over fifty years. The two married just after he graduated in June of 1970. Both were artistically minded and bonded over their mutual creativity. True to the free-spirited nature of the times, the couple spent their honeymoon on a backpacking trip to Europe. Claude began taking pottery classes in Wilmington and decided to commit his life to the craft after a few post-collegiate jobs including a stint as a social worker. Although they loved the beach, Claude and Elaine moved west a few years into their marriage.

In 1973, Elaine and Claude relocated to a piece of property in Polk County, NC bought by his parents in the 1960s. The older Graves would eventually retire there and play a large role in Claude and Elaine’s family life. Armed with a few how-to books, gumption and Claude’s calm presence to work through problems, the couple recruited friends and built a geodesic dome that is still the family home. They filled the dome with music and its garden with vegetables. The two began making friends with other young couples in the area who were interested in crafts and the back-to-the-land lifestyle.

On the edge of the property, the two started Little Mountain Pottery in the mid 1970s, which focused on traditional firing methods using Carolina clay. Elaine brought her skills from her art degree from UNC-Wilmington, Claude his business sense and dedication, and the two created thousands of pieces of pottery that can be found in homes around the world. The Graves hosted annual Open House festivals that became a staple in the area. In addition to holding traditional kiln openings, the Open Houses had old-time music, huge feasts, and other artisans selling their wares. Friends and family often camped on the property so the parties could last late into the night to celebrate community and art.

Claude was honored as a designated “traditional artist” of the Blue Ridge National Heritage Area. He was a longtime advocate for arts education; he taught classes at the Tryon Arts Center, gave presentations on pottery at area schools throughout his career, and donated many pieces to raise funds for causes he cared about. As they grew the business, he and Elaine focused on building the capacity for local art and music organizations. They also remained curious about traditional pottery styles from across the globe. They traveled to Spain and Morocco in the early 1970s and were inspired by their techniques. Years later, Claude participated in an exchange program with Bolivian potters which allowed him to spend a month learning from artisans there. Bolivian potters visited his studio in Tryon in return. Prior to his retirement in 2014, he took on a pottery apprentice, Tyson Graham, who now works out of the Little Mountain Pottery studio under his own name.

Claude and Elaine’s first son, Claude Ezekiel (Zeke), was born in 1976. Younger brother Jacob Edward joined the family in 1980. Claude is remembered as a devoted, doting, patient, and pragmatic father. He focused on showing the boys responsibility, kindness, and how to steward the land they lived on. His lessons included teaching them chop wood for the stove that served as their home’s primary heat source for decades. They switched to a gas heater only after “his helpers” had left for college. He instilled a love of playing music in his children; both are multi-instrumentalists with a broad repertoire. In the 1990s, Claude played bass in the family band headed by Zeke, Lazy Boy and the Recliners. The three played everything from early rock-n-roll to classic rock and blues, as well as contemporary grunge of the day at weddings, talent shows, and other gigs across the region. In addition to playing with his sons, Claude played old-time American fiddle tunes as well as traditional Celtic music with the band Paddywhack.

In his retirement from the pottery business, Claude focused more fully on his other passions of family, good friends, music, and travel. He was especially excited to spend more time with his grandchildren, whom he adored. He never hesitated to play music for them, teach them a little Spanish, or read a book together. Claude and Elaine loved traveling both internationally and within the U.S. throughout their lives but explored more extensively during the years before his diagnosis. Claude maintained joie de vivre and shined attention on his family throughout his illness. During that time, he welcomed his first grandson, delighted in his two granddaughters, and celebrated Zeke’s marriage. Claude is survived by his soulmate and wife Elaine Graves, son Zeke Graves and his wife Katrina Martin of Durham, son Jacob Graves, his wife Abby Williamson Graves of Greenville, SC and their three children Elyson, Quinn and Weston Graves.

A private family service will be held due to the need to practice social distancing during the pandemic. In lieu of flowers, please send donations to the Tryon Children’s Theatre Festival at Children’s Theater Festival P.O. Box 422 Tryon, NC 28782 or the Pacolet Junior Appalachian Musicians (PacJAM), contact pacjam@tryonarts.org.