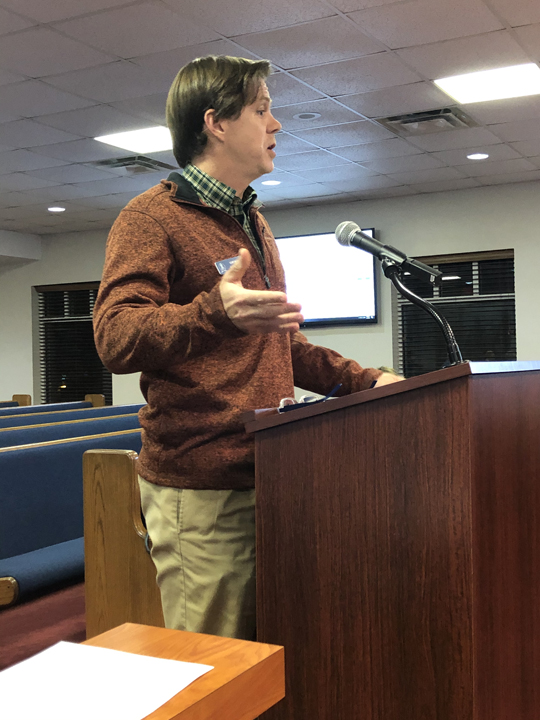 New paper ballot machines to be used for 2020 election

COLUMBUS—Polk County will have a new paper ballot method, per state law, for the 2020 election with all new machines now purchased.

Marr said the equipment passed the test with no issues whatsoever at the Tryon precinct during the municipal election in November 2019. He said the votes had a perfect match with a hand count to test the equipment. Marr also said the purchase of new equipment has been a multi-year process for the board of elections and this is the final approval.

The new machines should get the board through the next 5-10 years, he said.

The new paper ballot machines were required by the state recently. The county has already received 15 DS-200s, which are scanners that were used at all precincts during the 2019 election. Tryon tested the ADA compliant machines, which were the latest machines to be purchased.

During the 2020 election with the new machines, voters will take their marked ballots and place them in a scanner to be read.

The county purchased 15 scanners for the paper ballots and plans to purchase 10 ADA compliant machines so every precinct will have one ADA compliant machine. Polk County has 7 precincts, with one in Saluda, one in Tryon, two in Columbus, one in Mill Spring, one in Green Creek and one in Sunny View.

The county budgeted $171,000 to purchase the new scanners for this year’s budget, which began July 1.

The new scanners are part of a new North Carolina law to go to paper ballots.

This year’s election will include a primary in March and the regular election in November.

Filing was over in December for this year’s election, with the local election including three open seats on the board of commissioners, the register of deeds and a few school board seats.