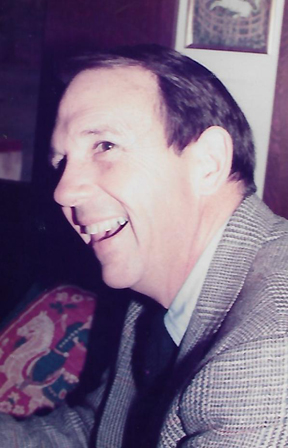 Born in Princeton, New Jersey, January 31, 1940 to Cary Lee Page and Martha Moore Page, he was the youngest of three children.  The family moved to Greenville, SC and then to Tryon, NC in 1947. On his pony “Black Patch”, he became the youngest member to that time of the Tryon Hounds.  He attended Tryon Elementary School, then Fessenden School in Waltham, Massachusetts. He graduated from St. James School in Hagerstown, Maryland where he’d been co-captain of the football team and proctor.  He matriculated at the University of North Carolina, Chapel Hill. Through mutual friends, he was introduced to Sallie Kendall Gordon who was studying at Converse College. They married at the Episcopal Church of the Advent in Spartanburg.  They moved to Wellesley Hills, Massachusetts where he attended Babson Institute Business School and their daughter, Kendall Cary Page was born. He was Vice President of Jackson Mills, Wellford, SC, until his early retirement due to health issues.  After retirement, he turned his interest to his beloved Pleasant Valley Farm. Alfred was a founding member of the Polk County Gun Club, donating the first traps from his skeet field. He served on the board of the Tryon Riding and Hunt Club and worked on the Blockhouse Steeplechase during the years that FENCE was becoming developed.  A lifelong conservationist, he attended the organizing meeting of the Pacolet Area Conservancy and became a participant in their Stream Watch Program for many years.

In addition to his parents, he was preceded in death by a brother, Cary Lee Page Jr.

He is survived by his wife of 58 years, Sallie Gordon Page; his daughter, Kendall Cary Page (Jim Farrell) of Tryon, NC and his sister, Martha Elizabeth “Patty” Page Merrill and her husband, Barrant V. Merrill of Gulfstream, Florida.  Also surviving are 8 nieces and nephews.

A memorial service will be held at 12:00 p.m. on Monday, August 12, 2019 at Holy Cross Episcopal Church, in Tryon, NC where Alfred was a communicant for over 60 years.  The service will be officiated by Father Robert Ard.

A reception in the Common Room will follow the service.