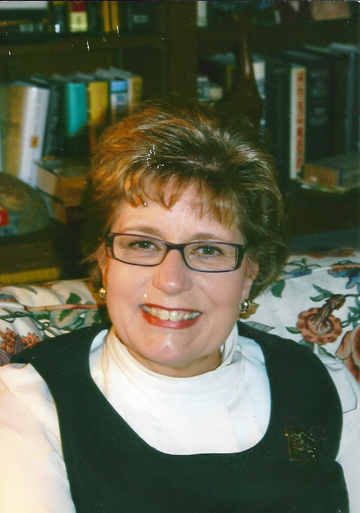 She is survived by her husband, Donald R. Lyons; and stepdaughters Christine Krause (Robert) of Feasterville, Pennsylvania and Stephanie Vostenek (Michael) of Delran, New Jersey; her sister Kaye Holland (Steve) of Wichita Falls, Texas; and four step-grandchildren, two nephews and one great nephew.  She was preceded in death by her parents, Mary Jane (Harris) and William Felix Tipton.

She was born in Levelland, Texas on September 20, 1947.  The family moved to Odessa, Texas, where she graduated from Odessa High School in 1966.  She graduated from Texas Tech University in 1970 and earned an MBA from Amber University (Dallas) in 1983.

Don Lyons and Peggy were married on April 6, 1984 in Dallas, and then moved to Media, Pennsylvania.  After living in Media for 19 years and both retiring from the Sun Oil Company, they moved to Fox Chapel Farm in Tryon, North Carolina.

Peggy’s interests included horseback riding, reading, opera, theatre and traveling.  As an active member of the Tryon Presbyterian Church, she was ordained as an elder and served on various committees.  Peggy was a founding member of Therapeutic Riding of Tryon (TROT) at the Foothills Equestrian Nature Center (FENCE).  She was a past board member of the Foothills Humane Society, a past member of the American Association of University Women (AAUW), and an inductee into The Second Wind Hall of Fame in 2015.  Prior to moving to Tryon, she was a deacon at Middletown Presbyterian Church in Media.

The family wants to thank the many friends and neighbors, as well as the Hospice of the Carolina Foothills, for all their help during this difficult time.

A memorial will be held at a later date.

In lieu of flowers, memorial contributions can be made to the Hospice of the Carolina Foothills or the Tryon Presbyterian Church Building Fund.