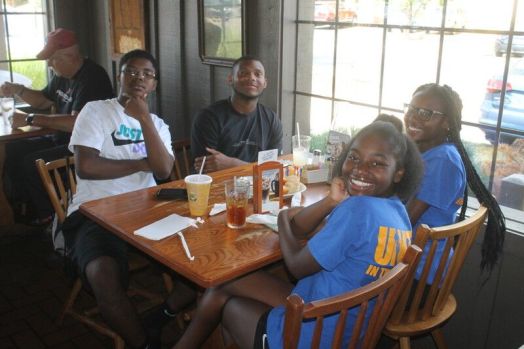 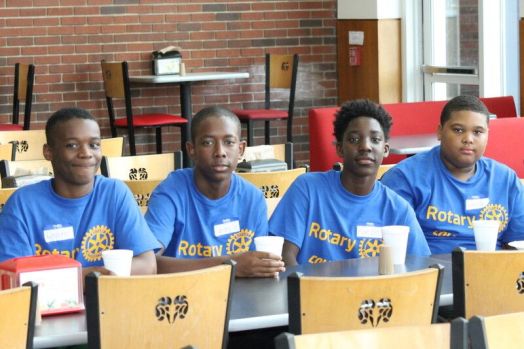 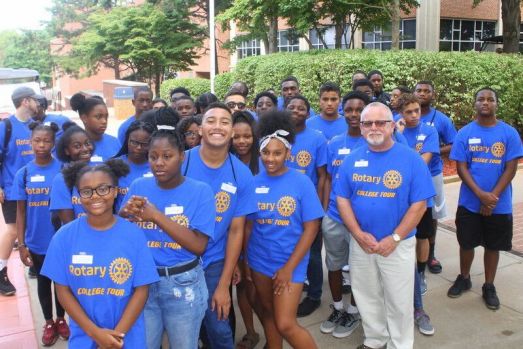 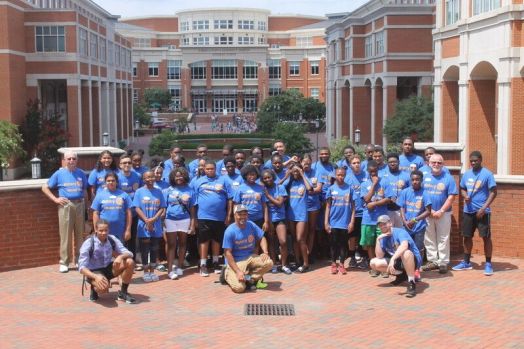 The Rotary Club of Tryon and Unity in the Community teamed up last week and provided a college tour for local middle and high school students to Winston-Salem University and the University of North Carolina-Charlotte. (Photos submitted by Stacey Lindsay)

POLK COUNTY—The Rotary Club of Tryon and Unity in the Community of the Foothills recently teamed up and took a group of students to tour two colleges.

Doug Fowler, with the Rotary Club said there were about 50 members from Unity of the Community who attended, with the tour including of Winston-Salem State and the University of North Carolina-Charlotte last week.

The tour was open to middle and high school students from Polk and surrounding schools, with transportation and the college tour provided by Doris Crute of Fresh Start Tours Service.

“I learned about the programs these colleges have to offer,” said student Shanea Tingling. “We toured dorm rooms and we also got to see what a day in college life looks like. I had a blast visiting these two colleges and I would jump at the chance to do it again. One of the most important things I learned at the colleges was that I should always communicate with my professor because they are there to help. I want to become a traveling nurse.”

Student Patrick McIntyre attended and said Unity in the Community has been wonderful as he has met new people, made new friends and learned so much, including how to express himself. McIntyre said he wants to study computer gaming.

“Thanks to this camp, I have found it easier to interact with new people without fear of being judged,” McIntyre said. “I appreciate the Rotary Club because the college tour taught me that there are a lot of things I can do, but in order to do those things I need to be ready to face challenges and have the will power to keep pursuing even when things get tough. It was a valuable experience.”

John Paul McIntyre said students were given tours of the campuses with tour guides answering questions. The college tour was attended by Rotarians John Gargiulo and Doug Fowler and by Unity in the Community’s president David Staley and board members Faye Jones and Terri Palmer. The Rotary Club of Tryon paid for meals for the group.

“Many thanks to the Rotary Club of Tryon,” said John Paul McIntyre. “I appreciate Dr. (Fred) Hartley spending the day at Unity’s Summer Enrichment Camp last summer. The students enjoyed his sincere interest in their goals and dreams. From that visit, the college tour was birthed.”

John Paul McIntyre said students learned about the academic side of college and also experienced the social aspects of college, including long hikes from the center of campus to dormitories.

“My goal for the students was to get them to see themselves walking on a college campus, be it a community college, a HBC, a state university or any institution of higher learning, as students one day,” John Paul McIntyre said. “Mission accomplished thanks to Unity in the Community, Fresh Start Tours, Dr. Fred Hartley and the Rotary Club of Tryon.”