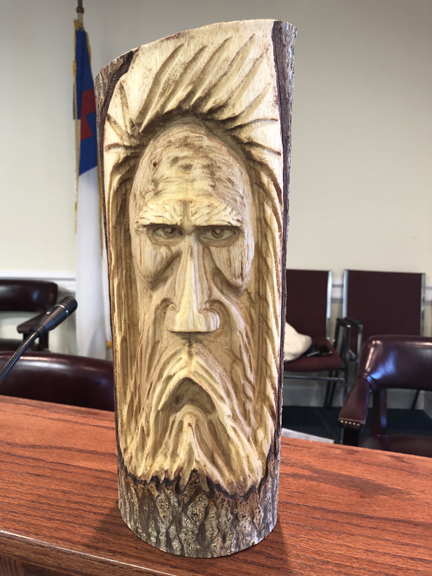 The festival will be on Saturday, Oct. 19.

Williamson said the committee has mailed out cards to about 40 potential vendors as well as to woodworker stores.

He said there was recently a meeting at Tryon Estates, where he did a presentation on Columbus and presented the festival.

The festival will include 32 booths, music, food and drinks.

“The farmers market will be going on the same day,” Williamson said. “It will be busy.”

The festival will be from 10 am-3 pm in the courthouse square and will include wood carvers, turners, whittlers, suppliers and demonstrations. Columbus has Cole Lumbus, a wood carving that sits in Stearns Park. Discover Columbus recently had a miniature carving done, which has traveled around, including at the Columbus Town Council meeting last week. The miniature wood carving has not yet been named.

Letter to the Editor response

Mr. Cole, I am a bit perplexed by your letter that ran in yesterday’s paper entitled, “Let’s make Harmon Field... read more