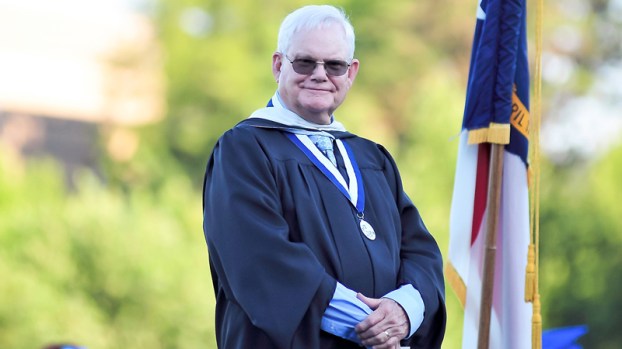 Born in Evanston, IL, he was the son the late Colin Tennant and Ann Lawrence Tennant Turner.

Mr. Tennant made his way to Polk County in 1960 from Virginia where he was on active duty with the United States Air Force.  After completing two more years of service in the USAF Tennant returned to Chapel Hill to finish his bachelor’s degree. In 1966, he began a career as an educator at Tryon High School, where he taught social sciences and physical education, also serving as a guidance counselor.  Tennant coached football, basketball, golf, and served as Tryon’s athletic director for many years, a role he continued to fill when the Tryon City and Polk County schools districts merged.

After leaving the classroom and sidelines he was elected as a Polk County Commissioner, and later as a member of the Polk County Board of Education in 1992.  Tennant became chair of the Board in 1996 and served in that role until his death. He represented the interests of all public educators, students, and athletes serving for years on the executive boards of both the North Carolina State Board of Education and the North Carolina High School Athletic Association.

Following years of philanthropic support of students, schools, athletes, and many community organizations Mr. Tennant and his mother Ann L. Turner created the Ann L. Turner and Geoffrey M. Tennant Foundation.  This foundation has continued to award numerous grants and scholarships to students and school programs for many years. He and his wife Alice Tennant were involved in the establishment of Super Saturday, and the Turner-Tennant Foundation has provided funding and support for the event ever since.

Deeply committed to the health and safety of his community, Mr. Tennant initially volunteered with the Columbus Fire Department, later becoming chief and occupying that role for 28 years. He also served the public as a Polk County EMS and Rescue Squad member for more than twenty years and Director of Polk County Communications.  After retiring from Columbus FD, he joined the Tryon Fire Department as a battalion chief and was elevated to chief in 2016.

In 2010 Mr. Tennant received the Order of the Long Leaf Pine, the highest civilian honor in North Carolina.  Polk County Schools honored Tennant in 2016 for his lifetime of service to students and schools by renaming the athletic complex at Polk County High School as G.M. Tennant Stadium.

In addition to his parents, he was preceded in death by a son, Ryan Francis Tennant.

Mr. Tennant’s body will lie in state Tuesday beginning at 3:00 p.m. until service time in the Auditorium.

The family will receive friends following the service.