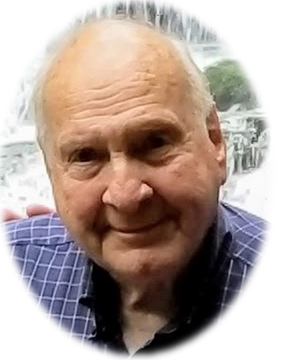 Columbus, NC— Ralph Eugene Schnell passed away at his home on Sunday, June 23, 2019.

Ralph was the son of the late Alfred John and Esther Hamilton Schnell.  Ralph was born on October 14, 1934 in Olean, NY and attended Union Springs Academy in Union Springs, NY and Alfred University in Alfred, NY.  He served in the U.S. Army as a member of Operation Whitecoat at Ft. Detrick, MD.  He married his beloved Beverly, with whom he would later raise two sons.  Following his service, Ralph relocated to Hornell, NY where he was employed as a Probation Officer for Steuben County, eventually rising to the role of Director of Probation for the county.  Ralph was active in community service, serving several terms on the Hornell Board of Education, the Hornell Industrial Development Agency, the Steuben County Community Services Board, and the Hornell Republican Committee among others.  He was an avid skier and could be found on the slopes well into his golden years.  He passed his love for the sport to his family.  A collector of antiques, Ralph spent his retirement years renovating and furnishing a historic Victorian home in Hornell.  After discovering the beauty of the Carolina Foothills, Ralph settled in Columbus, NC to enjoy his twilight years.  He was member of the Tryon Seventh Day Adventist Church.

In addition to his parents, he was preceded in death by his wife Beverly (Whelpley), son Hans, brother Alfred and sister Gladys (Preston).

A Celebration of Life will be held at Tryon Seventh-Day Adventist Church at 11:00 a.m. Sunday, July 21, 2019 with Pastor Bran and Pastor Robinson officiating.