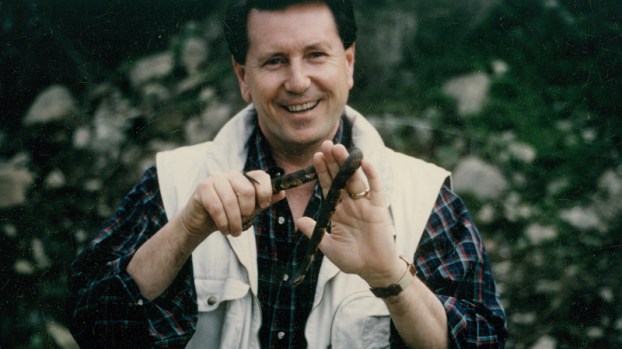 Jim Welch to talk at FENCE

The Foothills Equestrian Nature Center is excited to welcome Jim Welch to give a talk in the great room on Saturday, July 20th at 11am. Jim Welch, former host of the public television series NatureScene will share stories and experiences of his 20 year adventure in the natural areas of all 50 states and around the world. From close up encounters with bears, bison, elk, moose, and snakes to the quiet observations of birds and butterflies, the program should bring all a more intense appreciation of Nature. From the Blue Ridge of the Carolinas to the oldest and deepest freshwater lake in the world, Lake Baikal in Siberia, the adventures should impart a greater appreciation of our natural world and all that is in it.

Jim Welch grew up on a farm in northeastern Vermont and spent his childhood in the woods and fields of the rolling green mountains and hills observing and learning of the flora and fauna of the outdoors.  He studied broadcasting at UCLA and later the University of Hawaii, and became a news reporter and anchor at television stations in Honolulu, Hawaii and Columbia, SC before joining the SCETV Network where he and Rudy Mancke began their worldwide treks in the production of NatureScene.

He is a member of the South Carolina Association of Naturalists, the SC Native Plant Society, Conserving Carolina, Friends of DuPont Forest and is past president of The Explorers Club, Greater Piedmont Chapter, a former member of the Board of Directors of Riverbanks Zoo, Board of Directors of Friends of the Congaree and has received numerous awards for his work and support of the environment.  In 1998 he was awarded the degree of Doctor of Science from Lander University, Greenwood, SC.

The Foothills Equestrian Nature Center is located at 3381 Hunting Country Road in Tryon, North Carolina. For more information about this or upcoming events call 828-859-9021, email info@fence.org or visit www.fence.org. This event is free and open to the public.