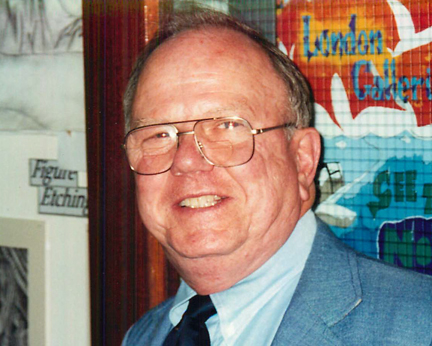 John Edward Craig Jr., 88, reported for duty in heaven on June 6, 2019 at home in Tryon, North Carolina. Ed was born in Great Neck, New York on November 18, 1930, the son of John E. Craig and Helene C. Craig. He was preceded in death by his parents and brother, Colden Craig of St. Louis, Missouri and his loving wife Shirley.

Ed married Shirley R. Posson, affectionately known as “Pearl”, from Chadron, Nebraska in 1957 in Honolulu, Hawaii where he was stationed in the Navy. Ed had a decorated military career, fighting in both the Korean and the Vietnam as an Aviation Warfare Specialty Pilot. He ended his military career in Jacksonville, Florida after 20 years of service with the rank of Commander of the VA 83 Squadron in 1974. He then began a 30 year career as a Financial Planner with First Command, serving military families.

Ed was a long time member of Holy Cross Episcopal Church. He lived a very full and active life between family, friends, the military and was a tremendous giver of his time with over 60 years of service as a 33rd degree Master Mason and Shriner (Oasis Shrine) and Rotary Clubs across the country and in the United Kingdom. Ed spread Christmas cheer to children around the world as a “Secret Santa” for over 35 years. Finally, Ed was a loving husband, a giving father and a great American hero!

Per his request there will be no service and asked that donations be sent to The Shriner’s Hospital of Greenville, SC, or The Tryon Rotary Club. He will be laid to rest in Des Moines, Iowa in a private family service.