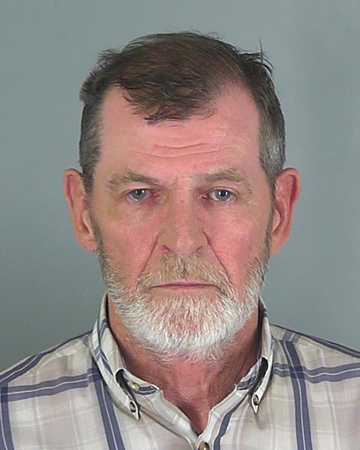 CAMPOBELLO, S.C.—An Inman man was charged with murder early Thursday morning after admitting to shooting a friend in Campobello.

Wayne Lee Fowler, 63, of Mt. Lebanon Rd., Inman, S.C. was arrested and charged with murder and possession of a weapon during the commission of a violent crime, according to the Spartanburg County Sheriff’s Office.

The victim is Sherland Scott Frye, 44, of Burgess Lane, Campobello, S.C. He was pronounced dead at 2:38 a.m., according to the Spartanburg County Coroner’s Office.

Around 1:15 a.m. Thursday, Spartanburg County deputies responded to 368 Patterson Rd. in Campobello in regards to a shooting. The sheriff’s office said the 911 caller told the dispatcher he shot the victim.

When deputies arrived, they found a pickup truck facing the wrong way with a man standing beside it and another man lying in the road in front of the truck with a gunshot wound, according to sheriff reports.

Fowler identified himself as the 911 caller and deputies detained him without incident. He was transported to the Spartanburg County Sheriff’s Office and the weapon used was recovered from inside the truck, according to reports.

The sheriff’s office said Fowler told investigators he and the victim were friends and the victim had threatened some of his family members so he went looking for him.

Fowler reportedly went to the victim’s Campobello residence and told some of the family members he was going to kill him. Fowler confessed he shot the victim when he found him walking down the road, according to sheriff’s office reports.

Fowler was taken to the Spartanburg County Detention Center around 6 a.m. Thursday and was scheduled to appear Thursday morning for a bond arraignment.

Why we celebrate Memorial Day  Honoring our troops   As we enter into this long weekend I want to take the... read more