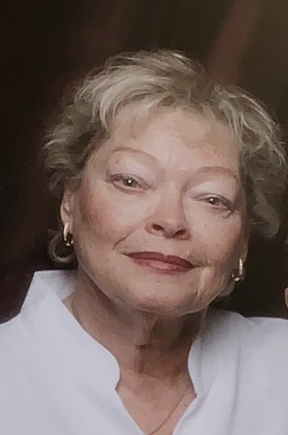 Columbus, NC—Rebecca “Becky” Coggins Ashley, 81, of Columbus, NC passed away on Tuesday, May 7, 2019 at the Smith Phayer Hospice House in Landrum, SC.

Becky was the daughter of the late Henry Perry and Clara Williams Coggins. Becky worked for over 20 years for Polk County Public Library on the Bookmobile, she also worked for QTC Company, which she was a co-owner of, as a computer clerk until the time of her death. She was very active in the local community, leading Boy Scout and Girl Scout troops, she was a founding member of the Tryon Fine Arts Center and previously taught painting classes at ICC. Becky and her husband Fred were very active with the Foreign Exchange Student Program (AFS) and hosted 8 students in their home. She was a dedicated member of Columbus Presbyterian Church. Becky was a loyal friend to many who was always there when needed. She lived life to the fullest and encouraged others to do the same.  Becky will be missed by many but is now at peace.

In addition to her parents, Becky was preceded in death by a daughter, Terri “Susie” Elaine Ashley, and   a son, Christopher Norman Ashley.

A funeral will be held at 5:00 p.m. on Saturday, May 11, 2019 at Columbus Presbyterian Church in Columbus, NC with Rev. Phil Dunford officiating.

The family will receive friends in the church fellowship hall prior to the service from 4:00 p.m. to 4:45 p.m.

Memorials may be made to Columbus Presbyterian Church, 21 Peniel Road, Columbus, NC 28722