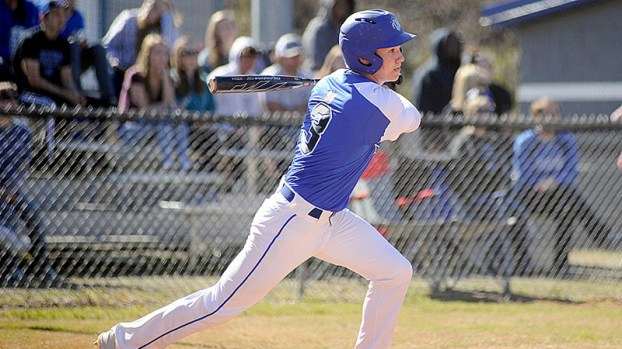 Polk County emerged from a wild Friday night at Madison with the Western Highlands Conference baseball title still firmly in its grasp.

The Wolverines outslugged the Patriots 18-9 to clinch their second straight WHC crown, just the second time in school history that Polk has claimed back-to-back conference championships.

The Wolverines were also WHC champs in 2009-2010, though Polk did share the latter title. Polk ends its regular season with 12 straight wins and a 17-4 record, 14-1 in league play and winners of 29 of its last 30 conference games.

The Wolverines are likely to get a first-round bye in the state 1A playoffs and will find that out on Monday.

A game that featured 33 hits finally tilted in Polk’s favor for good in the sixth inning. The Wolverines, playing their fourth game in four days, had nearly seen a 11-3 lead disappear in the bottom of the fifth, when Madison (13-8, 12-3) scored six runs to trim the margin to two.

Sedrick Pickett opened the sixth with a single, then moved to third on Elijah Sutton’s double. Grayson Jones followed with an infield single that allowed Pickett to score to make it 12-9.

Jordan Bishop then dropped a single to right that drove in Sutton and moved Jones to third. Bishop stole second, and an error on that play allowed Jones to score and Bishop to take third, from which he scored on an outfield error on Kaleb Kropp’s fly ball.

Kropp reached second on that play, and pinch runner Grant Wooten scored on Evan Rimer’s single to center. Clark Phipps singled, driving in Rimer after he stole second, and Phipps then moved to second on Nick Capozzi’s base hit. Phipps later scored with two outs on another Madison error on a Sutton fly ball.

Madison got the first two runners on in the bottom of the sixth, but the inning ended on a double play, and Jordan Searcy struck out the final two batters in the seventh to end the game.

Pickett, Sutton and Kropp each had two hits, with Phipps adding a hit.