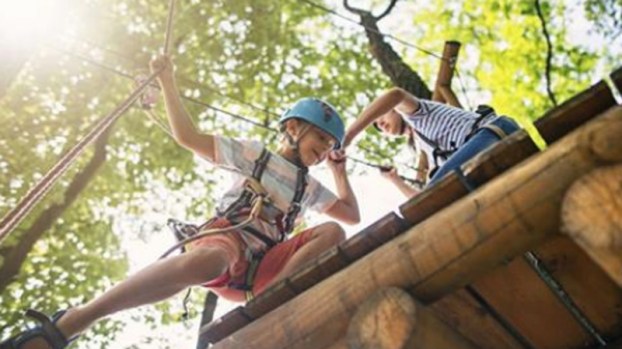 The Gorge is 6th in nation

SALUDA—The Gorge in Saluda was named the 6th best aerial adventure park in the country by USA Today.

The poll ended at the end of April with the winners announced Friday.

The Gorge was voted the sixth best, with Shepherd of the Hills Adventure Park in Branson, Mo. taking the top spot.

Gorge co-owner Sara Bell said she is excited and humbled to be on the list.

She thanked everyone for voting, saying, “we are pretty excited.”

The Gorge ranked sixth out of 10 behind Shepherd of the Hills, Kerfoot Canopy Tour in Henderson, Minn.; Ramblewild in Lanesborough, Mass.; Historic Banning Mills in Banning, Ga. and Camelback Mountain Adventures in Tannersville, Penn.

The Gorge, in Saluda, is the steepest, fastest canopy tour in the United States that drops 1,100 feet in elevation from start to finish. The Gorge has 11 ziplines that span 1.25 miles and the course includes a sky bridge and three rappels.

USA Today said when posting their results that ziplines and canopy tours began as a tool for scientific field research, but exploded in popularity as an attraction in their own right; a way to experience the forest canopy in a safe and thrilling environment.

The winners were voted on by the public after a panel of experts partnered with the 10Best editors, who picked the initial 20 nominees.

The top 10 winners in the category Best Aerial Adventure Park are as follows: