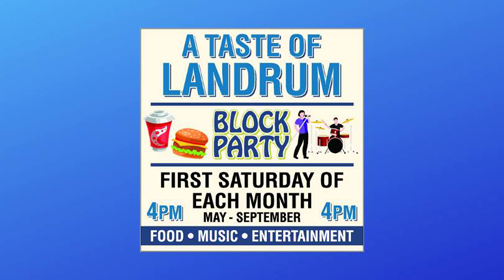 A Taste of Landrum Block Party

LANDRUM—The Landrum Area Business Association (LABA) with the approval of the City Council are organizing Block Party events to encourage and promote community involvement in downtown Landrum. The members of the LABA are borrowing the idea of a downtown “Taste” block party from another city that found it to be successful in the mid-west. Mike Southern, owner of Soulisas Fine Thai Dining and Shine Town Moonshine, is the organizer of The Taste of Landrum event.

“This year I started getting involved with LABA as treasurer and I expressed my concern and desire to have more quality events in Landrum, so that’s where this came from,” Southern said. “This is one of several events we will be doing this year to get people into downtown.”

The LABA has announced their desire to host an event once a month from May until September, and depending on community reception, possibly host two events per month. “The City Council has only approved of the May and June events so far but we are hoping to do an event the first Saturday of each month in downtown,” Southern said.

Each month the LABA plans to continue doing the Taste of Landrum event or something similar, in which the emphasis is on local businesses to offer the public a “taste” of their products. In addition to the “taste” of products, Southern said that there will be plenty of tables and chairs set up to encourage visitors to sit down and spend a significant amount of time at the event.

The three local restaurants that will be offering “tastes” for the month of May are, Pizza Hut (Landrum location), Southern Delights & More, and Soulisas Fine Thai Dining. The event will feature live music. There will also be a beer truck offering a selection of different draft and craft beers. In addition to the beer truck there will be a wine station with different options of red and white wines. The local restaurants will also be selling non-alcoholic drinks and bottled water.

“Our best advertising is to host events and get people into town,” Southern said. “We haven’t found any other form of advertisement that’s as affect as an event (downtown). That’s why we want to have at least one event per month.”

The events kickoff at 4 p.m. and carry on until 7 p.m., following the Taste of Landrum event visitors are encouraged to take a walk through downtown and see the local shops.

One of the more versatile leaders on the North Carolina political scene will speak at the Polk County Historical Association... read more