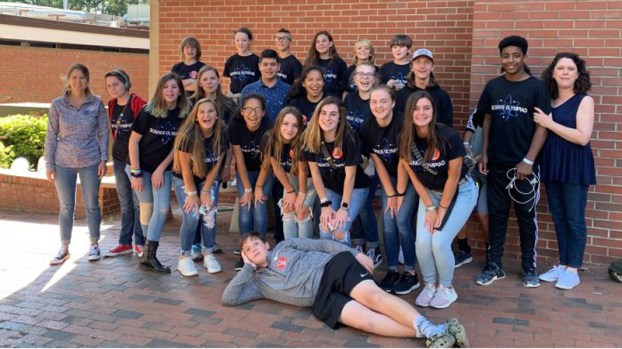 Polk Middle duo glides to a title at Science Olympiad

Polk County Middle School has a pair of new state champions to celebrate.

Jackson and Ballentine defeated 50 other entrants from across the state to win the competition.

Some 2,000 students descended on N.C. State on Friday and Saturday for the Olympiad, in which students compete in a variety of events in different science disciplines. Some events involve taking exams while others involve hands-on builds.

Polk County Middle’s team, which placed second in the Asheville Regional earlier this year to qualify for the state tournament, finished 37th overall.

“I am just proud of the dedication these kids show to the competition,” said Polk County Middle science teacher Elisa Flynn, who serves as the team’s head coach. “And it’s a great day when kids are exposed to science, learning new things, and having fun while doing it.”

Get an up close update at Pearson’s Falls

On Wednesday, May 1, you can be part of an insider tour of Pearson’s Falls. Gatekeeper Andy Ruff hikes to... read more