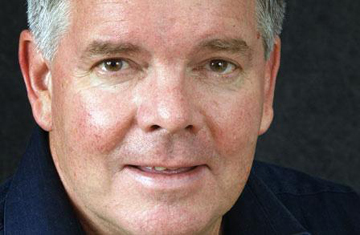 Lanier Library is pleased to host internationally celebrated and award winning poet George Bilgere for a reading from his latest work, Saturday, April 27, 4:00 p.m. to 6:00 p.m. at the library. The program, which is in honor of National Poetry Month, is free and includes a reception and book signing.

Bilgere has published six collections of poetry, including Imperial (2014); The White Museum (2010), which was awarded the Autumn House Poetry Prize; Haywire (2006), which on the May Swenson Poetry Award; and The Good Kiss (2002), which was selected by Billy Collins to win the University of Akron Poetry Award. He has won numerous awards, including the Midland Authors Award and a Pushcart Prize. Bilgere has received grants from the Witter Bynner Foundation, the National Endowment for the Arts, the Fulbright Commission, and the Ohio Arts Council.

Bilgere’s poetry, while residing firmly in the every-day world of janitors, college students or siblings, is noted for its controlled poignancy and limpid free-verse line. His poems have been called “kind, big-hearted, full of love,” and “dangerously clever.” Billy Collins has described him as “a welcome breath of fresh American air.” His poems have appeared in numerous anthologies and journals including Poetry, Ploughshares, The Kenyon Review, Fulcrum, and the Best American Poetry series. His poems have been featured on Garrison Keillor’s “The Writer’s Almanac” and Ted Kooser’s newspaper project “American Life in Poetry.” He was also a regular guest on Keillor’s “A Prairie Home Companion.”

Currently Bilgere teaches creative writing at John Carroll University and hosts his own weekly radio show, WORDPLAY, an offbeat mix of poetry, comedy, and an ongoing exploration of the possibilities of the spoken word.

The Lanier Library is located at 72 chestnut Street in Tryon.