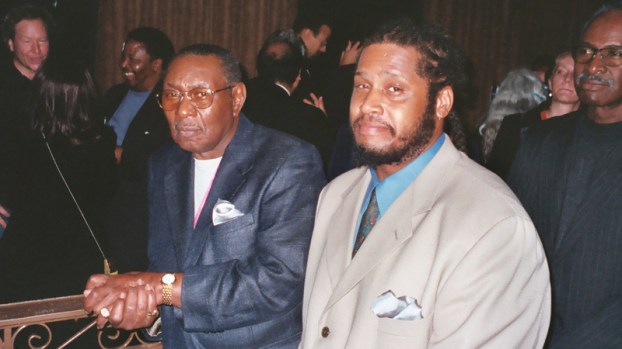 The Freddy Cole Quintet brings jazz standards to Tryon Fine Arts Center on Saturday, April 27 at 8:00 p.m. Called a “national treasure” by the Huffington Post, Freddy Cole brings his unmistakable baritone and swinging piano to the stage, as well as a family legacy of musical talent.

Freddy Cole will be joined by his son Lionel Cole for the Tryon performance. Lionel is the only son of four time Grammy Nominee, jazz icon Freddy Cole, the nephew of the late, great Nat King Cole, and first cousin of the late, great multi-genre, Grammy winning vocalist, Natalie Cole.

Lionel is an internationally heralded pianist, songwriter, composer, music editor, music supervisor, public speaker and, most notably, was the Musical Director and regularly touring member for Mariah Carey‘s live performances and recordings for over ten years. Together with Mariah Carey, Lionel co-wrote Carey’s Billboard chart single “Through the Rain,” which appeared on Carey’s ninth studio album Charmbracelet (2002). The song peaked at number 81 on the Billboard Hot 100 and hit #1 on the U.S. sales and dance charts. One of Lionel’s proudest moments was arranging “The Star-Spangled Banner” for Carey and the Boston Pops at the 2002 Super Bowl following 9/11. He also was the featured keyboardist and background singer for Carey’s worldwide tour, which played to sold-out audiences. For the past few years Cole’s creativity has focused on work with long-time writing partner Randy Jackson (of the television series American Idol).

Tickets and additional information are available at www.tryonarts.org or by calling 828-859-8322.

The N.C. Department of Transportation is proposing lane and shoulder improvements along Highway 9 from N.C. 108 to U.S. 74 in Polk County. The... read more