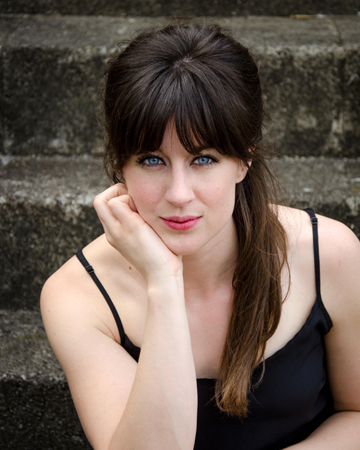 Get ready to see some powerful acting as Tara Sweeney plays Judy in “The Curious Incident of the Dog in the Night-time”. Written by Simon Stephens and based on the book by Mark Haddon, the show has won numerous awards and acclaim.

Judy plays Christopher’s mother in the play.  Christopher is a 15-year-old who is on the autism spectrum and while investigating the death of his neighbor’s dog, unearths another disturbing discovery that will turn everyone’s life upside down.

“This story is dear to me because I’m familiar with it in some ways,” says Sweeney. “I understand the microcosm of caregiver-child-therapist interaction because I live it each day working at a pediatric clinic. You become very invested in the children and families you serve. You are privy to frustrations and triumphs that the world doesn’t always see.  I’m pleased that at least for a few hours, the audience gets a glimpse of one representation of that story.”

Sweeney is a Greenville native and no newcomer to Tryon Little Theater. Her performances as Maggie, one of the sisters in “Dancing at Lughnasa” and as Rosemary in “Outside Mullingar” were memorable and made her a favorite with TLT audiences.

Directed by Chris Tinkler, “The Curious Incident of the Dog in the Night-time” runs for two weekends, opening April 25, at the TLT Workshop Theater at 516 S. Trade St. in Tryon. Visit www.tltinfo.org for online tickets, or call 828-859-2466 for more information.