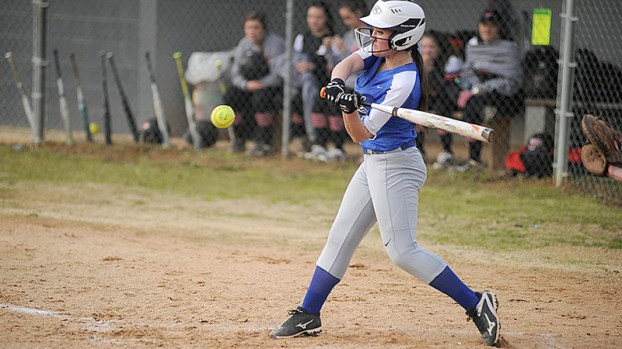 Polk slugs its way to five-inning win over Avery

Polk County rapped out 12 hits Tuesday to fuel an 11-1 win over Avery in Western Highlands Conference softball play at Polk.

The Wolverines (6-5, 5-2) never trailed in earning the conference win. Avery dropped to 0-6, 0-6 ahead of a Thursday rematch between the two teams in Newland.

Polk took a 1-0 lead in the first as Ansley Lynch smacked a two-out double and scored on Alana Jergenson’s single.

The Wolverines then pushed across three runs in the third. Morgan Stott and Lynch walked before Jergenson doubled to drive home Stott. Jaylin Jackson followed with a grounder to score Lynch before Jessie Emory walked and Emily Prince’s infield grounder scored Jergenson.

Polk added five more runs in the fourth, the inning highlighted by Lynch’s two-run double and Emory’s two-run triple. Prince had an RBI single as well as Polk took a 9-0 lead.

The Wolverines then closed out the game with two runs in the fifth as Anna McFadden walked, stole second and scored on Stott’s single. Jackson’s single later in the inning plated Stott with the final run in the five-inning win.

Anna Hodge earned the win, allowing three hits in four innings. McFadden came on with two runners on and no outs in the fifth and worked out of the game without allowing a run.

Polk County Volleyball Club’s 17U squad wrapped up their PCVC careers Sunday with a runner-up finish in the Southeast Alliance... read more