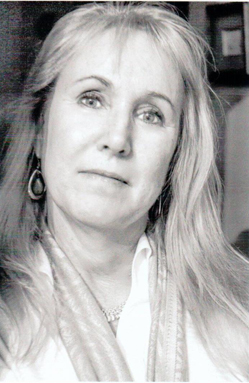 Mary Stroup Wolters of Landrum, South Carolina was the daughter of the Rev. Dudley and Barbara Stroup of Tryon. Her husband is Roger M. Wolters. Their dream was to open an Artists’ Retreat in the mountains of western New York. Her sister, Janet Fox, lives in Montana and is a (really good) author of novels for young adults. Mary is the mother of two: Benjamin, the elder, lives in Smartsville, California and owns and operates a horse ranch for retired sport horses. Christian, the second, is the Innkeeper of the Red Horse Inn in Landrum.

There is no doubt in anyone’s mind who met Mary that this was a very capable woman. By the time she graduated from the Masters’ School in Dobbs Ferry, New York she had written enough music to fill 3 “albums” – guitar and vocal. Her gentle feistiness at The School of Visual Arts in Manhattan and her willingness to confront her instructors, painter, sculptors and printmakers alike won her respect and praise for her works as a student and graduate.

The arrival of children whetted her appetite to create a home-based business. She drew maps for scientists who were developing the Plate Tectonic Theory, designed children’s costumes, and produced fine art work. When her husband partnered with her, they attracted Fortune 500 corporations as clients…no name dropping here…for modesty was one of her strongest suits.

Mary and Roger loved old houses. The first house they bought had no bath tub, so when Ben (the elder) was too big for the kitchen sink, well, it was off to another house, but not before Mary had stripped all the wood work, torn up the linoleum floor in the kitchen AND sanded it, and refinished it…all in 18 months. The next house took 8 years. After that white elephant, in the next three years they tackled reconstructing and decorating 3 antique houses.

Eventually, Landrum beckoned. Her first priority was school for the boys; the second was to dot the Gowansville country-side with reproduction houses. The Blizzard of ’93 offered the prospect of building a main house and outlying cottages. The Red Horse Inn was born. On their 21st wedding anniversary Roger gave Mary a full-size BULLDOZER!  In the next year she cleared 34 acres and designed each cottage and the main inn. The decorating of the Inn was a true labor-of-love. She gave twenty-two years honing her skills as an Innkeeper and providing hospitality.

Illness tore her down. True to her spirit she fought with graciousness and humility…to the end.