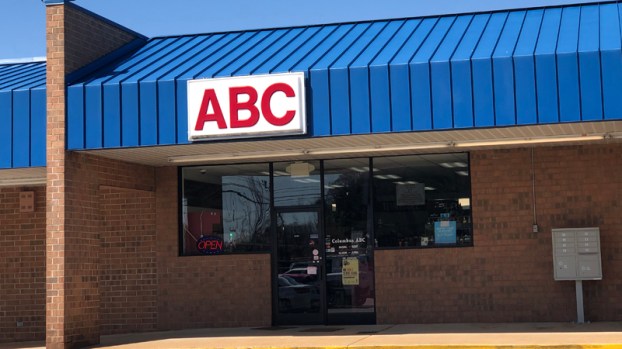 Columbus, Tryon ABC boards may have to merge

COLUMBUS—In light of the state considering bills to either privatize the state’s Alcohol Beverage Control system or make multiple ABC boards in a county merge, the Town of Columbus is considering resolutions against the proposed bills.

Columbus Town Council met last week and had a lengthy discussion about what the state’s proposal could do to Columbus’ current ABC store.

There are two ABC stores in Polk County. The town of Columbus operates one store and the town of Tryon operates its own store. Individual ABC boards run each store, and the towns can use the revenue for specific purposes.

The proposed state bill says that by June 30, 2021, to ensure that no county has multiple ABC systems, all ABC systems located in a county with two or more ABC systems shall merge in accordance with the requirement set forth in G.S. 18B-703.

The bill is proposing multiple ABC boards in a county merge, not that the actual stores merge.

Columbus Town Manager Tim Barth said there are two changes at the General Assembly that would have a negative impact on the town’s ability to regulate alcohol sales and collect revenue generated by liquor sales.

“One proposed change would mandate that ABC boards in a county be merged into one ABC board for the entire county, taking control away from the local municipalities and affecting the town’s revenues from ABC store sales,” Barth said. “The second measure proposed would privatize ABC sales, with the same anticipated negative effects on the town.”

Councilman Mark Phillips asked if the town knows what other municipalities have decided.

Columbus ABC Board Chair Kelly Hamby said the general consensus is that no one is interested.

Phillips said so theoretically, Columbus would merge with Tryon and the combined board would run both stores.

Or the other option is to do what South Carolina does, and privatize it, Phillips said.

Barth said by privatizing the ABC system, the state of North Carolina would not benefit because they would lost all the revenue they collect.

Council decided to table approving the resolutions so they can find out more information, including how the profits would be split and what the towns can do with those profits. Council also wants to know who would appoint members to the board and whether or not that would then be a county decision or remain with the towns.

Columbus is expected to discuss the issue again at its next meeting, scheduled for Thursday, April 18. Tryon has not yet discussed the issue.

WHEREAS, it is a local decision to establish and operate an ABC store, and any decision to merge an ABC Board should be made by the local government based on local circumstances, and not by the state;

WHEREAS, a local government balances control, profits and availability of spirits in operating ABC stores;

WHEREAS, the decision by a local government to operate with a low profit margin does not reduce the amount of liquor excise tax received by the state, so the state does not have a financial interest in the profitability of ABC stores;

WHEREAS, an “agency store” is a private retail seller, and the citizens of the town of Columbus, when voting to permit the operation of ABC stores, did not vote to allow liquor to be sold in such private off-premise retail establishments;

WHEREAS, sales of liquor may not be well-regulated in agency stores, thereby potentially creating law enforcement and other problems, the town of Columbus desires to retain North Carolina’s control system over the sales of spirits and to continue to make spirits available to its citizens only through its ABC store(s);