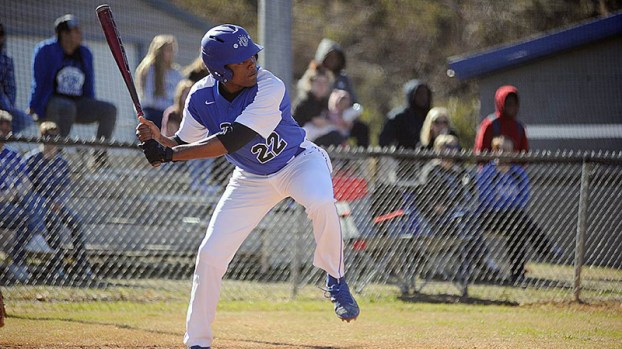 Runs, runs and more runs: Wolverines rack up 20 in win

Players and fans were bundled up Tuesday evening in The Bottoms, but that didn’t deter the steady stream of noise from Polk County’s side of the field.

The Wolverines and their supporters had much to cheer about.

Polk County racked up 11 runs in the third inning to back Kyler Scruggs’ pitching en route to a 20-3 win over Owen in Western Highlands Conference play.

Scruggs allowed just two hits in the five-inning win, working out of an early jam as Owen (2-6, 1-4) had its first two batters of the game reach base. The Warhorses’ biggest blow off Scruggs came in the top of the third, when Trenton Messer hammered a double to deep center to drive in two runs and cut Polk County’s 4-0 lead in half.

The game wouldn’t stay close for long. Polk (7-4, 5-1) pushed across one run in the bottom of the third, though that appeared to be it when Clark Phipps’ two-out grounder with the bases loaded rolled to short.

But the throw to first sailed high, allowing two runs to score. Nick Capozzi followed with a three-run inside the park home run and runs continued to flow for quite some time as Polk County had 10 hits in the inning.

The Wolverines added five more runs in the bottom of the fourth to complete the scoring.

Elijah Sutton finished 3-for-3, scoring two runs and driving in two, with Grayson Jones going 2-for-3 with three RBI and two runs. Scruggs backed his mound work with a 2-for-4, three RBI effort, with Capozzi going 1-for-2 with three RBI and Jonathan Edwards adding a two-run single.

The two teams are slated to meet again Friday in Swannanoa.

Down, but never out, Polk erases deficit to stun Owen

By Andy Rhinehart    Grayer than the cold afternoon sky Tuesday was the collective look on the faces of Polk County’s softball... read more