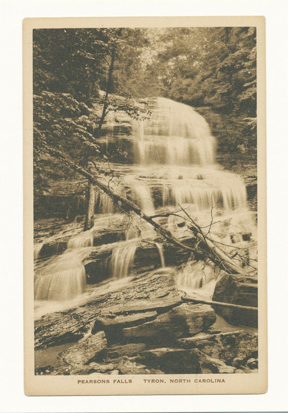 In 2018, Pearson’s Falls was chosen as one of Polk County’s Historical Wonders. The Polk County Historical Association has a terrific program planned for its April meeting. On April 2nd at 2:30 p.m., area residents will learn about Pearson’s Falls history, amenities and plans for outreach.

Organized in 1928, the Tryon Garden Club has for most of its existence has been an organization with predominantly female members. In 1932, the garden club purchased 268 acre property which included the beautiful Pearson’s Falls. In 2017 the club became a non-profit organization and opened its membership to accept men.

Pearson’s Falls glen has long been recognized as a botanical treasure. Even as early as 1931 when noted naturalist Donald Culross Peattie expressed the importance of protecting over 200 different flowering plants, ferns and trees identified on the property.

Residents are encouraged to attend the April 2nd program. Attendance is at no cost and the presentation will be held inside the Polk County Historical Museum at 60 Walker Street in Columbus.