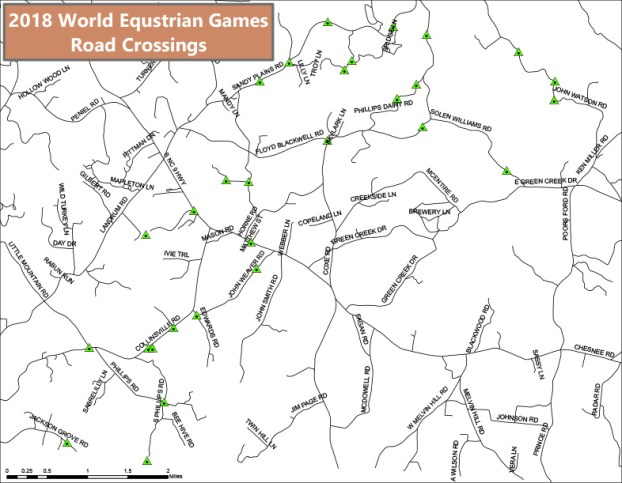 A map of roads that will be temporarily closed Wednesday for the WEG endurance race. (Submitted photo)

COLUMBUS — Next Wednesday will be tricky for many drivers during the World Equestrian Games endurance race.

The Polk County Board of Commissioners met Tuesday and heard from a few individuals with updates about WEG, which begins Tuesday, Sept. 11. Among the speakers was Polk County Emergency Management Director and Fire Marshal Bobby Arledge, who detailed the list of roads that will have sections closed for crossings on Wednesday.

The 100-mile race will begin at 7 a.m. Wednesday, with the North Carolina Department of Transportation temporarily closing sections for riders to cross public roadways.

The closures are expected to be from 6 a.m. until 8 p.m.Wednesday, though affected roads will reopened as soon as the horses pass through them during the race.

A complete listing of affected roads is listed below. 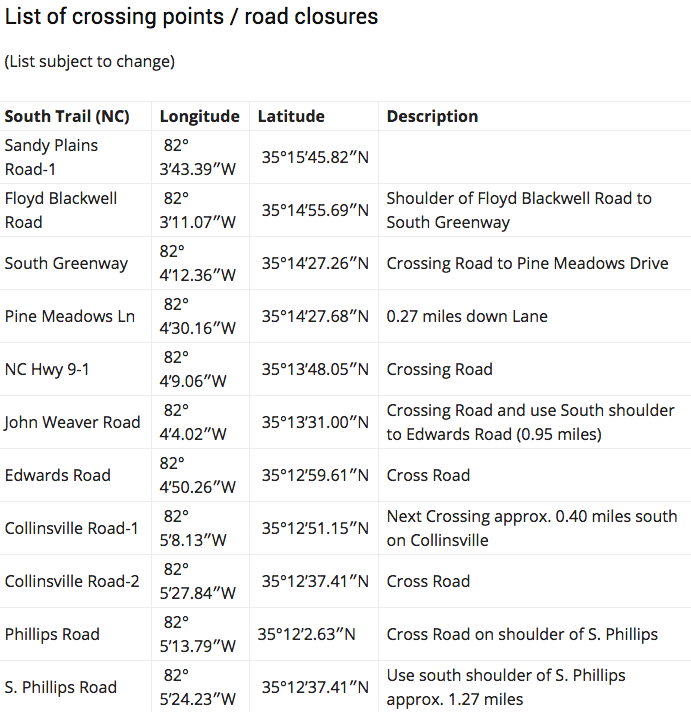 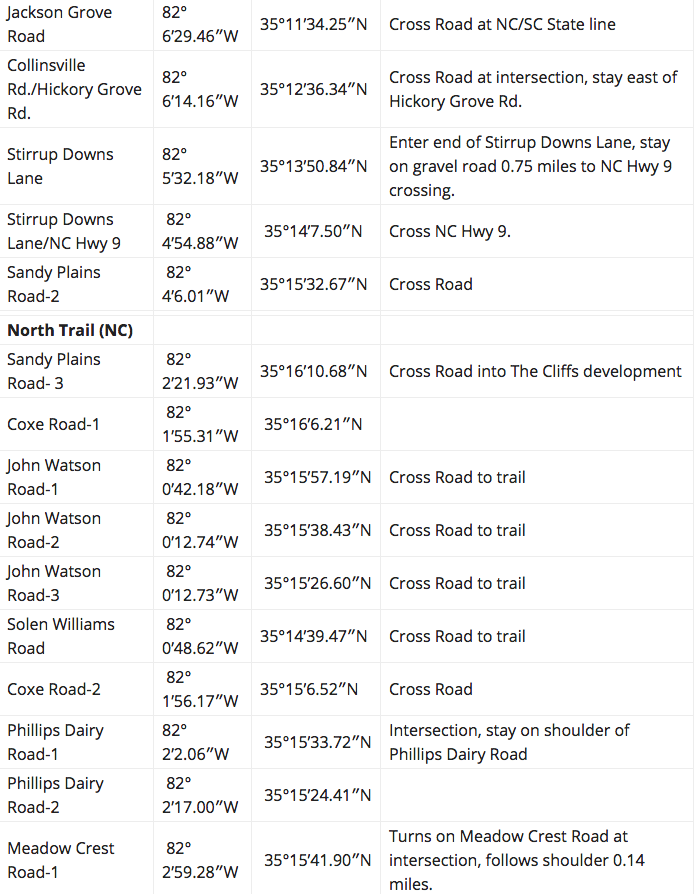 Polk County Schools Superintendent Aaron Greene said he plans to get information out to parents regarding the schools’ plan during WEG this week.

He said the school system is going to be lenient on absences and tardiness, and understands some people will have unexpected delays.

He also said some buses may not be able to go on some roads.

The county has provided a map of road crossings and a list of the exact sections on each road.

Arledge gave other updates concerning WEG to commissioners. He said all the credentials for the county staff who may have to attend have been picked up, and the first fire truck arrived on scene Tuesday night, with another being moved to the Tryon International Equestrian Center later this week.

Commissioner Ray Gasperson asked if parking will be done at the steeplechase track on Wednesday during the endurance race.

Arledge said that is the only place to park, so the course will have to be moved around the parking.

County Manager Marche Pittman asked that people who may not have Facebook for others to let them know this is coming, at least for Wednesday’s events. He said Wednesday will be the only day the WEG events will take place outside of TIEC.

North Carolina Division of Emergency Management Western Branch Manager Mike Cook said there is a lot of equipment arriving at TIEC, and that MED1 and the Atrium Hospital started full activities Tuesday. He encouraged commissioners to go see the medical operation.

There have been a lot of changes on the road crossings for the endurance race, Cook said.

“We ran into some issues, I’ll be very honest with you on that,” Cook said. “We are going to provide the best possible product for the citizens of Polk County and the athletes.”

Cook also said there is very detailed mapping available of how the signage will be put out, where the people will be standing, in order to provide the best safety, not only for the horses, but the public.

Arledge said Polk County is offering a text message system for alerts throughout the WEG, which will begin Monday and end Sept. 23. People interested in the alerts can text WEG2018 to 888777.