Once in a lifetime opportunity 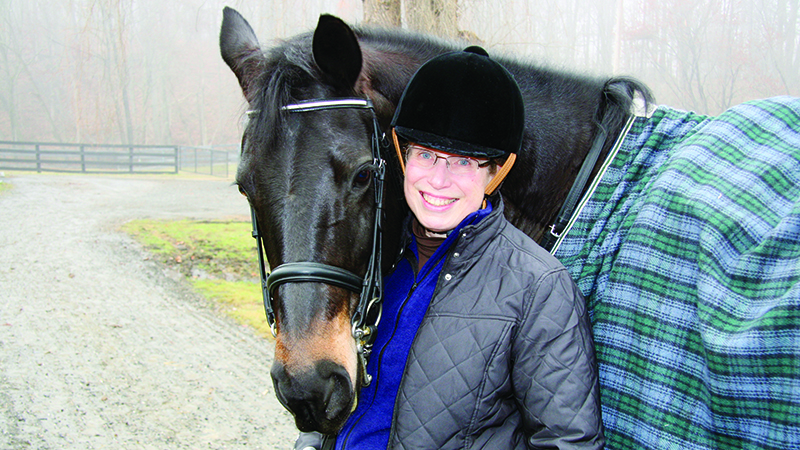 Watching athletes of this scope is not an everyday occurrence,” says U.S. Equestrian Federation Senior Dressage Judge and noted equestrian journalist Margaret Freeman. “For many, this is a once in a lifetime opportunity.”

Margaret is talking about September’s World Equestrian Games at the Tryon International Equestrian Center. She strongly recommends that even those who are not horse savvy at least attend an event or two, just for the experience.

As an equine correspondent for the Associated Press, Margaret has covered seven Olympics. She is also qualified to judge grand prix level dressage.

As a correspondent, Margaret says she has enjoyed seeing her riding heroes, such as Bill Steinkraus, and meeting people from all over the world.

She travels around the country to judge 20 shows every year on the United States Dressage Federation Connection Board, and blogs for “Dressage Today.”

Because her credentials are through the United States Equestrian Federation rather than the Fédération Equestre Internationale, the governing body for the Olympics and WEG, Margaret does not judge at international events.

With WEG in her backyard, Margaret definitely plans to attend the event, and has volunteered to scribe for one of the dressage judges.

“Every Olympics I’ve been to, there was a moment that I would say, ‘that can only happen here,’” she says.

Seeing a famous rider up close is something people remember for the rest of their lives, she adds.

Throughout the years, Margaret has watched the changes in the U.S. Equestrian Team.

When it trained in Tryon in 1956, the USET owned the horses and handled the riders’ training. In the ‘70s, that all changed, and today the riders compete as individuals on their own horses or on privately-owned horses, and try to score enough wins to qualify for the team.

“Even though each team has a coach, all riders today bring their own farrier and trainers,” Margaret says. “They used to train together. Now, they come from all different parts of the country.”

Today, the USET publishes the criteria for choosing riders.

“You have to have done ‘X’ to be selected,” Margaret says. “They have a long list and a short list of people being observed.”

Margaret describes the individual versus team approach as having come full circle, however.

“I see the teams functioning better now as a unit rather than individuals,” she says.

In spite of the more individual approach over the last several years, Margaret says the federations involved still look upon the team medal as the most important.

As a dressage enthusiast, Margaret will enjoy the individual dressage rides.

She says WEG tickets for individual dressage will mostly be sold to dressage fanciers, but recommends the freestyle dressage for those not so interested in the details.

Freestyle dressage has several required movements, but they are not in a specific order. The ride is set to music, and has recently become a favorite of fans.

For the non-horse enthusiast who may not have a lot of horse knowledge, Margaret suggests an event that is fun and exciting to watch, such as the eventing cross-country or the driving marathon. She says both of these competitions are thrilling, and fairly easy to understand.

Another good event that is easy to follow is show jumping.

“There’s no style involved in the show jumping,” she says. “It‘s whether they get over the jump.”

The same is true for cross-country jumping and marathon carriage driving, she says. It is fairly easy to follow, and watching the horse race over the jumps or weave through the obstacles is thrilling for spectators.

Another fun option is to simply purchase a day ticket to the grounds. Margaret says this is a good, economical way to be part of all the excitement and view the events on the screens with other horse lovers.

“This is going to be on American soil — when the Americans are competing on home soil, the excitement really ramps up,” she says. “It’s a lot of fun rooting for your home team, and really gives them a boost when the fans are there cheering.”

Margaret also recommends people attend the event just to get a taste of the international flavor of WEG.

“People from so many other countries will be there,” she says. “You will hear languages that you’ve never heard before.” •

Catherine Hunter’s journalism career spans 20 years of writing for newspapers and magazines, including The Chronicle of the Horse, The Western Horseman, the Tryon Daily Bulletin and Foothills Magazine. In 2000, Hunter received a South Carolina Press Association award for reporting in depth. She is the author of “Sacred Connections Horsemanship: Empowering Horse and Rider through Chakra Energy.”