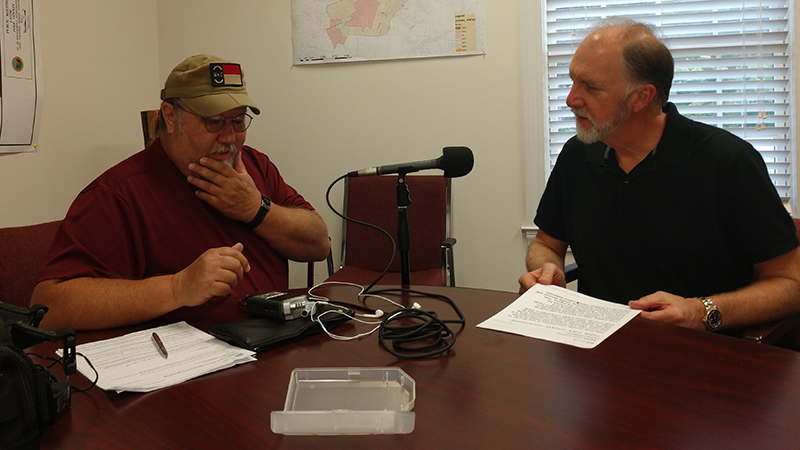 Columbus Town Councilman Richard Hall and Columbus resident Lindsey Moore are recording one of the 14 audios for the town’s new walking tour. The walking tour is set to be available in the next several weeks with audio available through a smart phone at 14 downtown Columbus sites. (Submitted photo)

“We are excited about the walking tour for Columbus with audio at each location,” Discover Columbus spokesperson Jimmi Buell said. “One of our committee’s objectives is to show people the special spots throughout our town. The plan is to have a (Quick Response) Code at each location so you can use your smartphones to access the recordings.”

Discover Columbus got the help of 13 local volunteers to read scripts about each location. 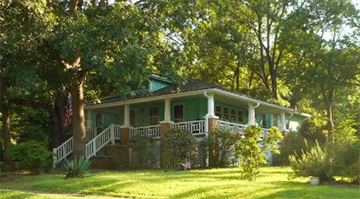 A QR code can be scanned from a smartphone to play the recording. Each recording gives facts about the individual location.

The audios include information about each site, including historical information.

The Flower Cottage, for example, was built in 1892 and is one of the oldest buildings in Columbus. Originally known as the “Institute,” it served as both a kindergarten and a community reading room.

The Polk County Courthouse is one of only 14 pre-Civil War courthouses to exist in North Carolina. Polk County’s courthouse, completed in 1859, is the 8th oldest actively used courthouse in the state.

To hear all the audios people can go to discovercolumbusnc.com/walking-tour/ on the Discover Columbus website.

Discover Columbus plans to have the walking tour available by the end of September.