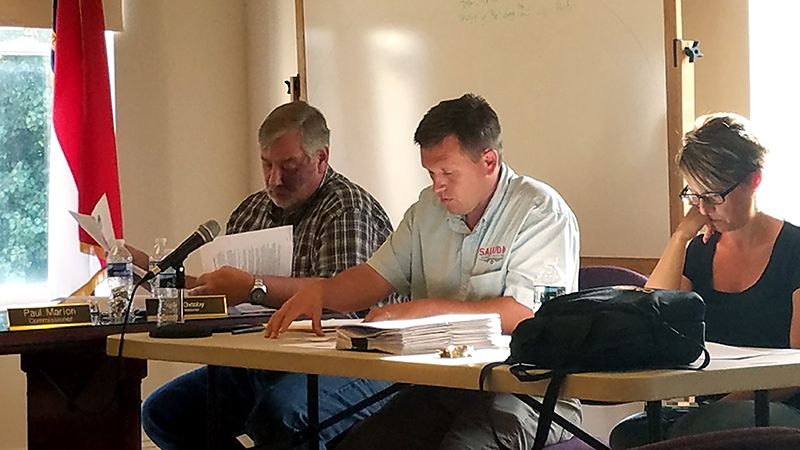 The Saluda Board of Commissioners approved the collection of a 3 percent occupancy tax during a special meeting following a public hearing Friday night. (Photo by Leah Justice/Tryon Daily Bulletin)

SALUDA — People staying overnight in Saluda will have a new 3 percent tax to pay when they check out.

The Saluda Board of Commissioners met Friday night and, following a public hearing, approved the new tax and appointed a three-member board to decide how to spend the additional revenue.

Saluda received state approval to collect the tax, but waited to approve a resolution in hopes of joining a proposed tourism development authority with Polk County and Tryon. State legislation did not approve the bill for the joint authority this year, so Saluda will have to wait until next year to join the county and Tryon, assuming the bill passes next year.

“Polk County did not get approved in the last legislation,” said Saluda Mayor Fred Baisden. “So they will be reapplying.”

Commissioners appointed Commissioner Paul Marion, Gail Slaughter with the Oaks Bed and Breakfast, and Sean Mintz with the Loft Rental to serve on the tourism development authority.

Saluda resident Nettie Sweet said she is in favor of the tax. There were two women who said they are against the new tax.

Polk County currently collects a 3 percent occupancy tax in Saluda, as well as in Columbus and Tryon. Tryon and Columbus both collect another 3 percent already.

The tax will be levied on all short-term rentals, including hotels, motels, bed and breakfasts, and Airbnbs.

Slaughter said she is against the tax, as people staying in Saluda are already paying 9.75 percent in taxes, including sales and occupancy.

Slaughter asked how much money Saluda will be collecting from the new tax.

“Initially, it’s not going to be a tremendous amount of money,” Baisden said.

With the current 31 properties identified to collect the tax, Saluda expects to initially collect almost $8,000 per year.

Baisden said this is an opportunity for the city to make up for revenues the state has taken away from local governments, including business license fees.

“Now, with the new occupancy tax, you can use some of that money other than just promoting tourism,” Baisden said.

Of the revenue, two-thirds has to be spent on marketing to bring in tourists and one-third can be spend on other ways to benefit the town, including capital improvements.

Saluda’s TDA will decide how the money is spent. 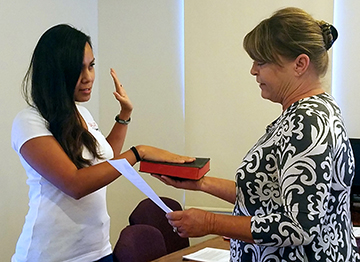 Commissioners swore in city clerk Tola Ellis to collect the tax. Commissioners also approved giving up their pay for the September meeting in order to help pay for the administration of the tax, including mailing letters to rental property owners.

The amount of money to be used to administer the tax is only 3 percent of collections, which for Saluda will be $245.

The collections will begin Sept. 1, and will be due Oct. 20.

O’Steen said the notices were scheduled to go in the mail Saturday, and the occupancy tax report would be on the city’s website Monday so people can submit forms online as well.