Who has the final say on Harmon Field? 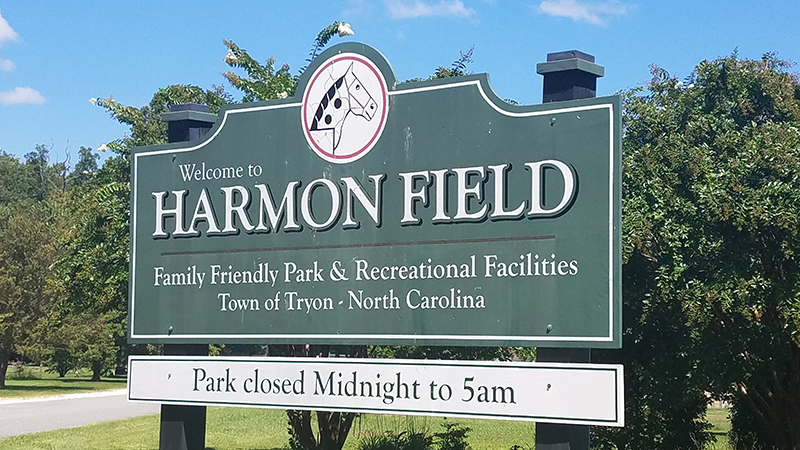 Tryon Commissioner Crys Armbrust said this week he wants a definitive answer on who has the final say on decisions regarding Harmon Field; the town or the Harmon Field Board of Supervisors. Tryon owns the park, but the board of supervisors, appointed by both Tryon Town Council and the Polk County Board of Commissioners, operates the park. Both Tryon residents and Tryon Township residents, who reside in the county, pay the tax that funds the park. (Photo by Leah Justice/Tryon Daily Bulletin)

TRYON — A Tryon commissioner asked the town attorney this week to get a definitive answer on whether the town or the Harmon Field Board of Supervisors has the final say on decisions regarding the park.

“I desire, as a sitting commissioner, to have a legal rendering on who is the final authority on any matter with regard to Harmon Field,” Armbrust said. “I have asked in closed session in excess of a year.”

Harmon Field is owned by the town of Tryon and operated by the Harmon Field Board of Supervisors, which was established in 1995. The Tryon Town Council and the Polk County Board of Commissioners appoint members to the board.

Tryon attorney William Morgan said Armbrust knew his opinion on who has the final say regarding the park. The attorney did not say during the meeting who he believes the controlling entity is.

Morgan said the state did not take any controversial bills this year, but he will attempt it again. He thinks the answer from the state will require some level of cooperation and coordination with the county and the Harmon Field Board of Supervisors, he said.

“It’s a 70-year-old unanswered question,” Armbrust said. “I don’t care what the answer is; I just want there to be a definitive answer.”

The park is funded by a separate tax, which is funded by both residents who live inside Tryon town limits and Tryon Township residents, who reside in the county.

The park is named after William Elmer Harmon, who donated funding for 117 parks throughout the country, including Tryon, before his death in 1928. Harmon Field in Tryon opened on March 15, 1928.

In order to be awarded a grant of land, the community had to agree that the property would be used in perpetuity for playground and recreational purposes, that no building be erected on the property, except for the furtherance of play and recreation, that the land be open to all people and that the premises always be kept to be an attractive place of recreation and shall not be permitted to become a nuisance in appearance or unattractive as a place for recreation.