Decker: WEG will be happening 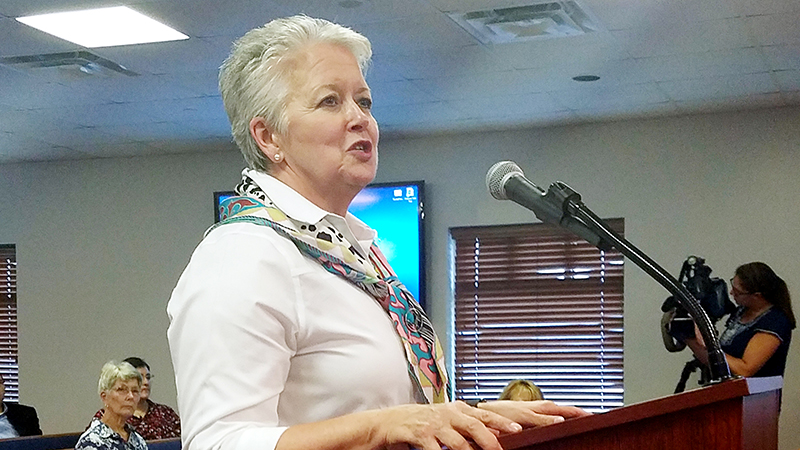 TIEC dispels rumors that games have been cancelled

MILL SPRING — Despite recent rumors that the World Equestrian Games have been cancelled or relocated, the games, are still on in Polk County, according to Tryon International Equestrian Center Chief Operating Officer Sharon Decker.

The Polk County Board of Commissioners met Monday and heard from Polk County Emergency Management Director Bobby Arledge, who gave an update on the games.

Decker said following the meeting that the games are absolutely occurring.

“There have been multiple rumors that the WEG has been cancelled,” Decker said. “Those are definitely rumors. The WEG will be happening and very soon.”

As far as numbers go, Decker said she did not have exact ticket sales on-hand Monday.

Arledge said earlier this month the county is planning for 20,000 to 30,0000 people to visit per day at the two-week event, instead of original estimates of 50,000.

Arledge said Monday there are not many updates from earlier this month, except that there is a lot of construction going on.

He said TIEC is closed until the games begin, with temporary tents going in.

Arledge also said the Med 1 and hospital staff came out to the facility Monday and the mobile command post was expected to arrive Tuesday.

An incident management team is bringing their staff on Sept. 5, Arledge said.

St. Luke’s Hospital and Atrium Health are the healthcare providers for WEG, with the mobile hospital as well as St. Luke’s being on-site during the games.

During other discussions about the WEG, commissioner Ray Gasperson said a lot of small businesses fear they will take a hit, with some people not being able to run their businesses because of traffic.

County Manager Marche Pittman said one thing the county learned during the test event was even though there were signs, people did not realize a road was closed. He said the county is remedying that for the games, and will notify people through Facebook and the media that “today is the day,” particularly for the endurance race that will take place one day outside the facility.

Gasperson said he thinks the important message to get out to people is for them to plan their business and lives as they normally would.

“Chances are, we’re going to be fine,” Gasperson said.