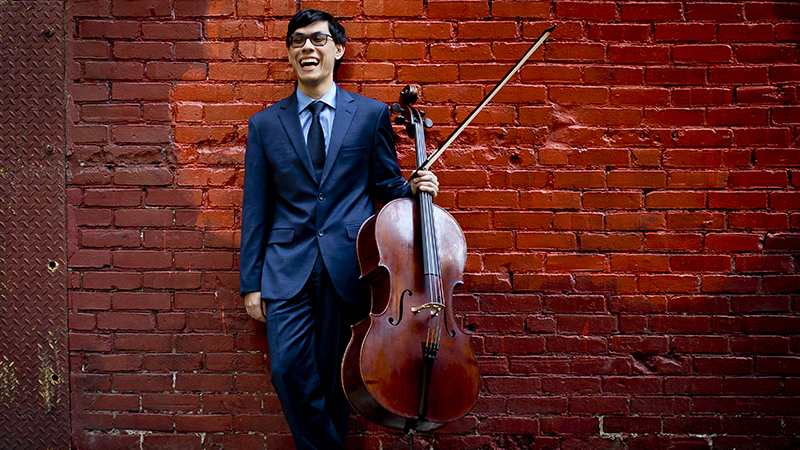 As a winner of the 2017 Young Concert Artists International Auditions — an organization Tryon Concert Association has supported — it is especially rewarding that Fung is performing in Tryon, concert organizers said. Fung will make his New York and Washington debuts in the Young Concert Artists Series this season.

Fung began to study music at 3 years old using the Suzuki Method. At 12, while attending Indiana University’s Summer String Academy, he realized that “the sound, the color and the wonderful possibilities” of the cello made it his life’s calling.

Since then, he has studied at the University of Michigan (via Skype), Ravinia’s Steans Music Institute, the Heifetz International Music Institute and other institutions. He is now a New York resident, about to enter his second year at The Juilliard School as a full Kovner Fellowship student of Richard Aaron and Timothy Eddy.

This summer, he captured first prize in the Schoenfeld International String Competition, and was awarded the competition’s sole special performance engagement prize, a concert with Poland’s Poznan Philharmonic Orchestra.

Tickets and more information on the Jan. 31 performance are available online at the Tryon Concert Association’s website, tryonconcerts.org.